Ants are group of animals with one of the highest level of sociality among other animals. They are known to be able to solve complex tasks due to their ability to communicate with each other (pheromones, touch and sound), and the use of division of labor. These characteristics can be likened to human community. In the scientific classification of animal kingdom, ants belong to the Phylum-Arthropoda, Class-Insecta, Order-Hymenoptera, Superfamily-Vespoidea, and Family-Formicidae. Ants are able to survive in most part of the world due to their high level of social organization which makes it easy for them to protect themselves (biting and stinging), and compete favorably in the ecosystem. Ants vary in size ranging from 0.8mm-60mm long. They also have different colors though most are black. Thousands of different species of ants have been identified. 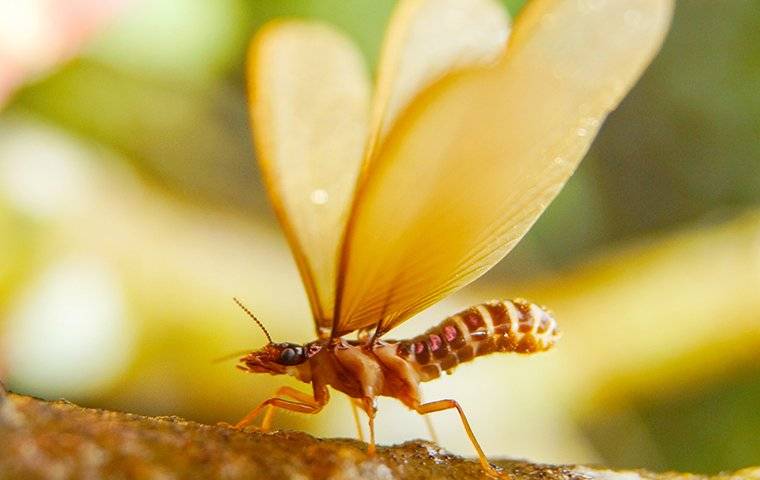 The body of an ant is divided into head, thorax (mesosoma), and abdomen (metasoma) like other insects, however, they are different from other insects by the type of their antennae, the constriction of their second abdominal segment, and possession of metathoracic (metasternal) gland that produce an antibiotic fluid that helps prevent bacterial and fungal growth on their exoskeleton. The head contains the compound and simple eyes, the two antennae and the jaws. The legs and the wings are attached to the thorax. However, only reproductive ants are winged ants. The abdomen contains the reproductive, excretory and respiratory organs.

Most ants are wingless but few that possess wings are referred to as alates or reproductives. The reproduction in ants involves mating between a winged female ant (virgin queen) and a winged male ant. The wings allow the female to move farther away from its mother’s colony to avoid competition. After mating, the male live for a while and die while the female has the ability to store the sperm for years. She then creates an ant colony for herself and starts to lay eggs (fertilized or unfertilized). At this stage she loses her wing. The fertilized eggs become females while the unfertilized eggs become males. Some of the females become workers (performing excavation and defense functions) while some become alate virgin queens. Alates are usually produced during mating season; they then leave the colony in search of mates after which the female will establish her own colony.

Identification of winged ants (reproductives) requires close observation as many ants produce winged alates making identification a bit difficult. The location and the season the winged ant is seen may also serve as clues for identification. It is easier to identify dead whole ant than a flying one.

Carpenter ant has a dark colored body (black, red or both), a waist with one node, with upper surface of the thorax evenly rounded, elbowed (bent) antennae, two pairs of wings with front pair longer than the back pair (unlike termite with equal pairs of wings). Though live in moist wood and create tunnels for their nest, they do not feed on wood like termites, and the do not have thoracic spines.

Also, known as foundation ant, they produce a lemon smell when crushed. They are yellow or reddish brown in color. The queen is about 8mm long and usually dark red. They have a waist with one node, a small compound eye in relation to the head. They live in soil under concrete, slab, but can also live in rotten wood.

Named because of their unpleasant smell, odorous house ant is dark brown in color, waist with one flat node which is usually hidden under the abdomen. They lack thoracic spines.

Crazy ant has long antennae and legs, grey, brown, or black in color, a difficult to identify flat node, and lack of thoracic spines.

Similar to carpenter ants, have combination of different colors, one node ant.

Pavement ants are two node ants with brown to black color, vertical furrows on the head, and a pair of spine on the thorax.

They are small household ant, also referred to as grease ants. They form their colony close to larger ants’ nest and in the process steal their larvae. They are yellow to light brown in color, waist with two nodes, absence of spines on the thorax, segmented antennae, and small compound eyes.

Acrobat ants have different colors. They are two nodes ant with the nodes attached to the upper part of the heart-shaped abdomen, no furrow on the head, and a pair of spine towards the end of the thorax.

Winged ants are the reproductive ants that are seen during nuptial flight. Identification of different species requires a close examination of the body parts paying attention to the minutest details.

If having a problem with winged ants or termite swarmers, call Alliance Pest Services today to solve all your pest problems.