Home and business owners have a variety of problems to worry about on a daily basis. But one of the most common issues that seemingly goes unaddressed is the presence of bats. While their presence outdoors is welcomed and they help to keep our ecosystem balanced, they can cause numerous issues and present a wide range of hazards when they are able to live within your home or business. 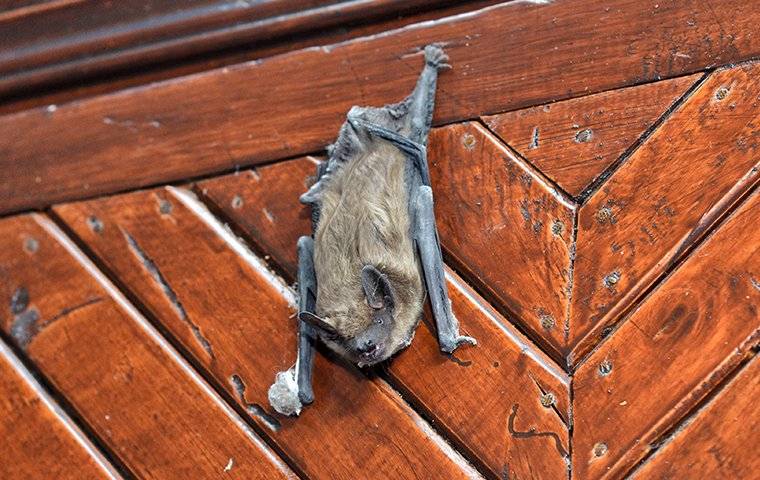 Bats should not be allowed to make their home inside a commercial building or domicile and failure to remove them in a timely fashion allows them to become comfortable and potentially reproduce. Read on to learn more about the potential problems they can cause.

Increased Presence at of Bats Flying at Night

It is easy for bats to become a regular part of your home or commercial building, because they are nocturnal creatures who do not come out until night time. That's why it is important to pay close attention to the outside of the business or domicile during dusk, as this is when bats will most likely begin to circle. Bats outside of the building are usually an indicator of bats living inside of the building.

Don't be fooled into thinking that bat droppings are harmless. When bats are able to make themselves a residence at your home or business, their guano will begin to accumulate and cause a variety of severe health related issues. Any sign of droppings should serve as your impetus to get the commercial building or home in question checked for an infestation as soon as possible. Bat droppings that are not cleaned up in an efficient manner can cause the spread of disease, as the toxins they contain become airborne.

Bats who have successfully made their entrance into your home or business pose a threat to the sanctity of your wiring and plumbing structures. If their presence is not eradicated, they can keep your electrical wiring and plumbing systems from functioning at peak capacity.

While the threat of rabies is somewhat overstated by those who are hysterically afraid of bats, it is still a common issue that arises when bats have been able to linger in a home or commercial building for a lengthy period of time. Home and business owners will often attempt to remove bats from the area on their own, which only serves to aggravate the animals and lead to bites. Even though the average bat is not very likely to be a carrier of the rabies virus, this is not a risk that home and business owners need to be taking.

This is a disease that is airborne and caused by the presence of bats in a home or business. A soil fungus that is invisible to the naked eye infects the lungs of human inhabitants. The disease has symptoms that are similar to influenza and tuberculosis, which can lead to wrongful diagnosis. Bat droppings lead to fecal spores becoming airborne and unwittingly inhaled by those who come into contact with them.

One of the telltale signs that bats are causing problems around your home or commercial building is the scent of ammonia. Since the scent of a cleaning product is fairly innocuous, many home and business owners do not take the proper precautions. The smell is derived from the piles of guano that the bats are leaving inside and outside of the building and unless they are cleaned up expeditiously, the toxins that they contain are released into the air, putting everyone's health at risk. These scents can often be detected both inside and outside of the building in question.

If bats have been able to make their way into your home or commercial buildings, dead bats are one of the more unfortunate side effects. Dead animal carcasses can attract a whole new host of issues if they are not disposed of properly, including maggots and other scavenging insects. Dead bats must be taken seriously and failure to get rid of them can cause additional problems and future invasions.

This is another prevalent issue, when it comes to bats causing problems for home and business owners. Their fur is essentially coated with resin and any prolonged bat infestations will lead to oily stains that are essentially impossible to remove without professional help. These stains tend to manifest themselves at the entry points of homes and businesses and are one of the surest signs that you are dealing with a bat infestation.

Noises Emanating From the Building's Interior

Occupants of homes and commercial buildings with bat infestations often report hearing noises that appear to be coming from the inside of the walls and the attic. Typical sounds to be on the lookout for are scratching, clawing and screeching. Don't fall into the trap of believing that you simply have a mouse in the house, be sure to investigate the matter fully and find out what is living within your walls.

As you can see, bats pose a number of issues to the functionality and safety of a home or commercial building. There are various signs that bats have taken up residence in your building and it is best to enlist a professional bat control company to handle the issue as soon as possible. Trying to take care of a bat infestation on your own can cause more problems than it solves, so take a moment to contact your local pest control company, so that they can provide the correct remedy for your bat problem.

Alliance Pest Services has a dedicated team of bat removal and control experts to solve all your bat removal problems and clean up and remove all bat guano droppings.