Spiders, one of the most fears people have. These unique creatures that are in the arthropod family consists of having eight legs, four on each side, and fangs in the chelicerae (parts of the mouth). The main characteristics of spiders are their bodies are divided into two segments, and no wings or antennas. All spiders have an exoskeleton which leads them to shed their skin. There is a huge variety of spiders that are populated all over the world. Many spiders can be very deadly, while others can be harmless to humans. 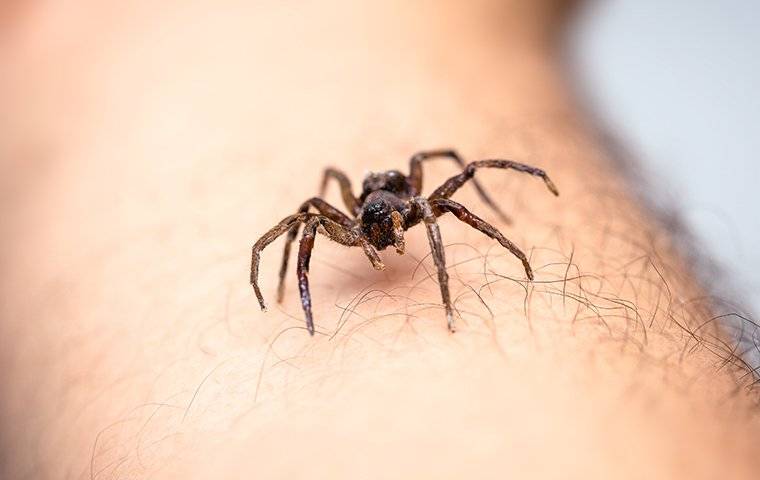 One of the most common “indoor” spiders that we may find in our homes even if it's unpleasant are the “Yellow Sac Spiders.” The full body size including the legs are about one inch long. Normally, both female and male adults of this kind are active at nighttime. They wander around constantly looking for food to prey on. Both genders of this type can be found in the colors of a yellow into brown. These spiders can be found running on your walls and ceilings and also some house plants. Sometimes you may even find a silken web where they rest during the daytime.

Another common spider you can find in your home are called “Ground Spider.” These spiders can run pretty quick and are also active at nighttime when they seek and chase their prey. These spiders are mostly found running on your floor or in dark area's on the floor. These type of spider's are found to be a dark brown color.

American House Spiders are probably one of the most ac-knowledgeable spiders known to mankind today. These spiders are a brownish to black color that likes to stay secluded. These spiders build webs in area's that don't have much movement such as the inside of your walls or behind your door. These spiders like to trap their prey like such as insects and pests in their web as they paralyze them. If you have webs that are like “Cobb Webs” in your home, there is a chance it was created by an American Spider.

If you have ever taken a shower, and you spotted a spider somewhere in your tub, or on your shower head, you may have discovered a Pholcidae. Pholcidae's are also known as “daddy long-legs.” These spiders are about 2-10mm long, with their legs being able to be as long as 50mm. So, these spiders have a tiny body, but with much longer legs if you were to compare this spider to many other kinds. These spiders like to have their webs in messy and dampen places like the attic, or the cellar and even your bathroom. “Daddy long-legs” can be found all over the world, in all the continents except for Antarctica where it's too cold for them to be able to survive.

All though not many people enjoy having these spiders in our home, they can become beneficial as they do eat other not so welcomed insects and pests that may be in your home such as ants, and flies along with other insects you may find.

Now, let’s start talking about some outdoor spiders. The jumping spiders’ family has an estimated guess of around 5,000 species which is one of the largest families of spiders in this world. Even though jumping spiders may move very slowly, they have one of the best eye sights out of many spiders. These species have four pairs of eyes, with one eye bigger than the rest. Also, their front four legs are formed more like a crab, where they bend down a little at the bottom of each leg. They are pretty active hunters when it comes to seeking for their prey. The reason why they can jump, are because of their hydraulic system, which their hind legs works like grasshopper legs. Jumping spiders are found in majority of places such as tropical areas, forests, and even on some mountains and in deserts.

Grass Spiders are very popular outside. These spiders have unusual dark brown markings on their body. Most spiders are usually found at night, while the Grass Spiders can be seen during the day. These spiders can be found out in day light, instead of a dark or damp area such as the attic. Some common places you can see these little creatures are on outdoor lawn chairs, tents, camping gear and really anything that is outdoorsy. The body of these little guys can grow up to 19mm long. They produce agatoxins which persists of Poly-amine and Peptide that is actually separated from the venom. For an easier understanding, it is what causes paralyzation in their prey.

Wolf Spiders are lonely greedy, impatient hunters. They will either chase their prey if it's a short distance and then hop on them, or they will simply wait for prey to come nearby for them to chase them and use their excellent eye sight to help them watch passing by prey. Wolf spiders carry their eggs around using their spinnerets (what produces webs). In despite of them eager to hunt, they protect themselves by camouflage. Their coloration has to comply with their environment and habitat. These guys can be found in a wide variety of places such as shrub-lands, woodlands, wet coastal forests and many gardens. Their bites can cause itchy, pain and swelling on the surface of skin that is bitten.

Many spiders may not have a wonderful look to them, or very appealing, but the “Orb Weavers” are actually quite beautiful and larger than many spiders. These guys are commonly known for their spiral wheel shaped webs that are found in gardens, lawns, fields and forests. Orb Weavers have special markings on them that are unique comparing to other types of spiders. These guys are usually active during the evening hours and try to hide out during the day. They build a new web on a daily basis. Their webs are built vertical while they may rest on it with their heads pointing downward.

Most spiders reproduce sexually. Usually the male spiders transport their sperm into the epigyne of the female. An epigyne is a part of the female spider that consists of a hardened section of the exoskeleton underneath their abdomen.

There are huge amounts of different types of families of spiders in this world. Some are very harmless to humans, leaving only a small irritating spot on your skin if you're bit as to some are quite deadly. If you ever receive a spider bite that leaves you with symptoms such as nausea, weakness, tingly or swelling, make sure to go to the hospital right away.

It is outstanding just how many different spiders are in the world. Because of the fact that there are so many that are similar to one another, many people do mistake for one type of spider, for another. It can become quite confusing trying to detect what type of spider it is. Some spiders have hairy legs, while other spiders have straight legs.

Spiders are one of the most common fears in people not just because they are small, but because of their unpredictable movements and looks. I'm sure a lot of people don't appreciate the 8 legged species that are in our homes and outdoor in our gardens and yards. Even though many spiders are venomous, there are still many that aren't that deadly or lethal to humans. People who are afraid of spiders also fear when those spiders can no longer be in their sight. These creatures can hide in the smallest and darkest places that you would never think of or be shown in true daylight. I know many spiders can be found at camp, indoors and outdoors of your tents, homes, buildings, campers and even in between the bricks of a campfire.

As I stated previously, Spiders do have benefits such as hunting and killing those other insects in your home and in your gardens, but the intruders can cause a bit of a problem when you spot one in your shower or anywhere else near you. Spiders will be here for a very long time, as they already have been for hundreds of years.

If you are having spider pest problems around your home or building, Alliance Pest Services has a pest control plan that keeps your home and building spider and pest free. 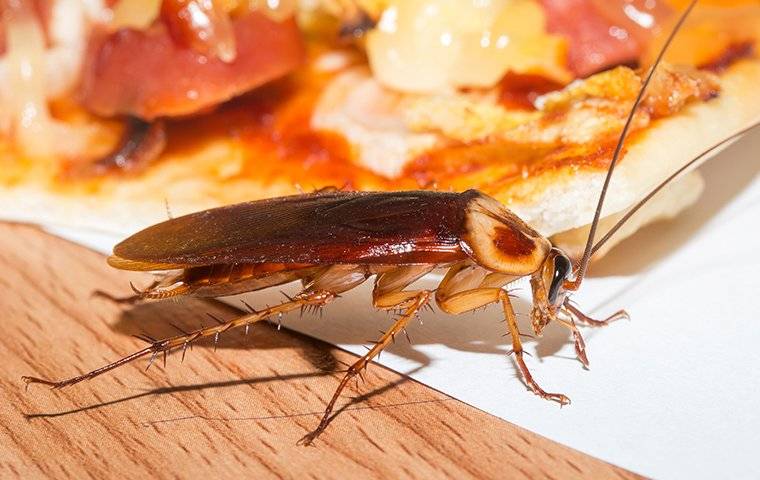 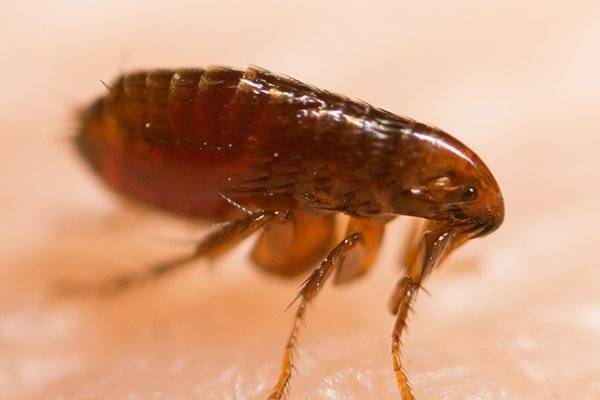 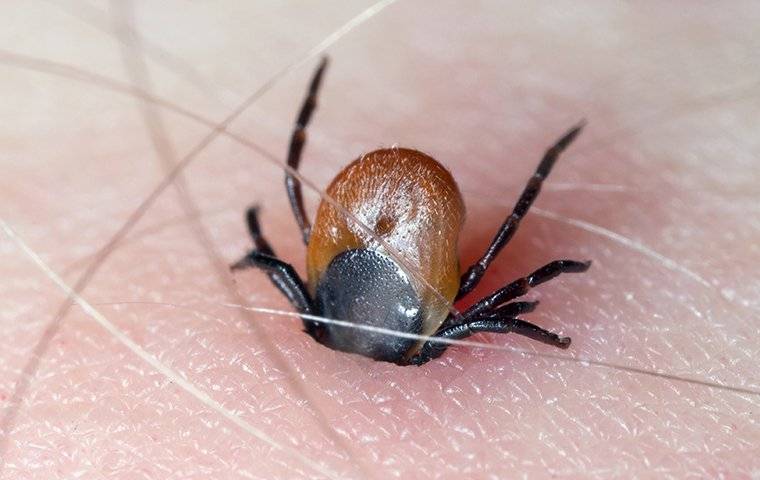 What Should I Do About Ticks Around My Monmouth County…