Home › Blog › Wildlife Removal Services Is a Phone Call Away

Wildlife Removal Services Is a Phone Call Away

When animals start roaming around the neighborhood, it's time to call wild life removal services. They will catch invading squirrels, birds, foxes, and other animals before they become a problem for homeowners. A typical animal can live in the structure of the home. This includes the roof and space underneath the house. There are several signs that an animal is living in your home including noises and smells. If you see animals running around the yard at regular intervals, they may be nesting in the house. Another sign of wild life infestation is damaged plants, missing crops, damaged roofing or siding, and droppings. Here's a list of common animals that invade neighborhoods and the damage they cause to the house. 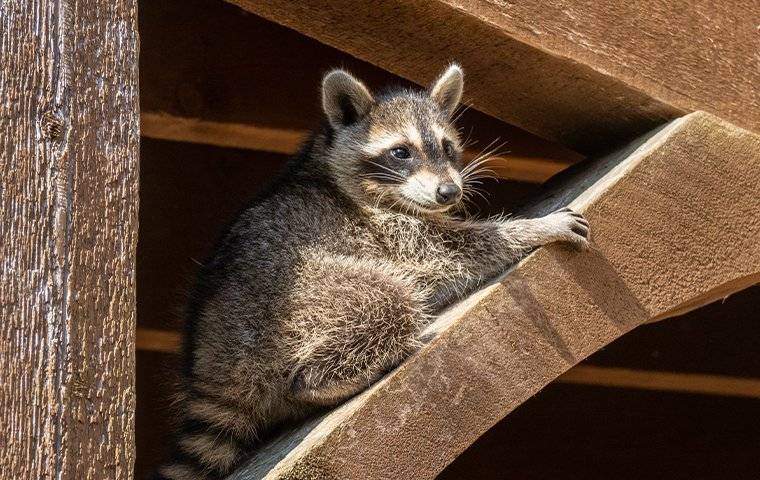 Squirrels are cute, but they are considered medium-sized rodents. The squirrel family includes tree squirrels, chipmunks, flying squirrels, prairie dogs, and woodchucks (also known as marmots). Squirrels mate once or twice a year. Some squirrels exhibit predatory behavior, including attacking chickens. Some are also carnivores. A squirrel was once seen feeding on a snake. It can also eat lizards and rodents. Another observer witnessed a squirrel eating a silky pocket mouse. If a squirrel gets into the house, it can chew through all sorts of materials including plastic pipes, wires, wood, siding, and vents. The biggest attraction for squirrels is warmth, which is essential for raising baby squirrels. Houses also provide protection from predators.

The raccoon is a medium-sized mammal, but it's the largest in the procyonid family. It can weigh up to 20 pounds. Its face mask is easily recognizable to anyone that observes it. Their range is between 7.4 acres (females) and 12,000 acres (males). Usually, two to five offspring are produced in the Spring. They are called Kits. Their social structure is interesting. They exhibit the three class society. Raccoons also stay loyal to a food source. If they find food near your home, it's unlikely they will leave anytime soon. if your house is near a creek or lake, it's more likely to retain raccoons. They tend to wash their food near shorelines in an interesting way called dousing. Raccoons are commonly seen in abandoned houses, but occupied houses also attract raccoons. The attic usually damaged by Raccoons. Common signs of raccoon infestation include torn soffits under eaves, chewed fascia boards, and torn roof shingles.

Hundreds of species of birds may invade your home. The most common problem is droppings. It's very acidic. In fact, it can dissolve tar-based roofing materials. Eventually, the roof will leak. The droppings can also damage air conditioning units, siding, and industrial machinery. Nesting birds, such as sparrows and starlings, can clog gutters. The roof can collapse because of this. Nests can also lead to fires, especially if they are built near electrical equipment. Before the problem gets too large, call a wild life removal specialist.

A feral cat may look cute, but eventually, it will multiply. Soon there will be dozens of cats roaming around. They will kill other animals, even your pets. They also damage the property, and the smell will be unbearable. There's an estimated 100 million feral cats and they are dangerous. A wild life removal expert is recommended. The cat will bite, claw, hiss, and emit a horrible musk scent. They can jump extremely high as well. In fact, they would have no problem jumping a ten foot wall.

Foxes are small to medium sized omnivores. They tend to store foods under leaves, snow, or soil. They might also store food under your house. One way to detect if a fox is around is to listen. They usually make growling or barking noise when they are confronted by a predator. They also vocalize to communicate with their young, usually to feed or to direct them to the parent's location. Red foxes are the common urban fox. They may damage property. The best way to prevent an infestation is to keep the house and surrounding property clean. This includes placing trash bags in a metal trash can with a secure lid.

Opossums are marsupials, and they are frightful. In fact, they can play dead and scare the hell out of you. If they are reproducing, the sight is even more disturbing. The best thing to do is call a wild life removal specialist as soon as possible. You don't want to wait until the opossum starts secreting fluid from its rear. But if you are brave enough, you can carry the opossum away while it is playing dead. It won't try to escape for a few hours, but be aware that the unconscious state may wear off in just four minutes.

If there's a bear in the yard, call a wild life removal expert as soon as you can. The bear will destroy trash cans and it might enter the home in a quest to find food. The usually signs of a bear include trampled crops, turf damage, and destroyed beehives. It may start killing livestock as well. Fences are the best defense against bears. Electrified fences are even better. Solid frame construction using 3/4-inch plywood sheeting and tight-fitting shutters is recommended. Steel plating is better. Consult a specialist for more advice.

Snakes come from the forest, so the best way to avoid a snake infestation is to remove any tall standing vegetation around the home. If there's crawl spaces, block them off as completely as possible. One option is a fence made of fine mesh. It should be buried several inches into the ground and cover 24 to 46 inches above the ground. If black snakes or copperheads manage to make their way into the property, call a snake handler to remove them. Then, remove any food sources that would attract snakes, including rats.

Rats are the most common household pest. When threatened, they run around, fight, and bite. Since they are extremely fast, it's very difficult to catch them. Use glue traps and mouse traps with bait to catch them. If more rats are seen, there's probably an opening in the wall that the rats can enter through. A wild life removal specialist can help remove the rat infestation