Home › Blog › What You Should Know About Zika Virus

What You Should Know About Zika Virus

The Zika virus is the latest mosquito-borne illness to spread across the world.

This disease is caused by ZIKA virus which is transmitted by the mosquito Aedes aegypti. According to the Brazilian Ministry of Health, there are studies that verify the occurrence of sexual and perinatal transmission, and the possibility of transfusion transmission. 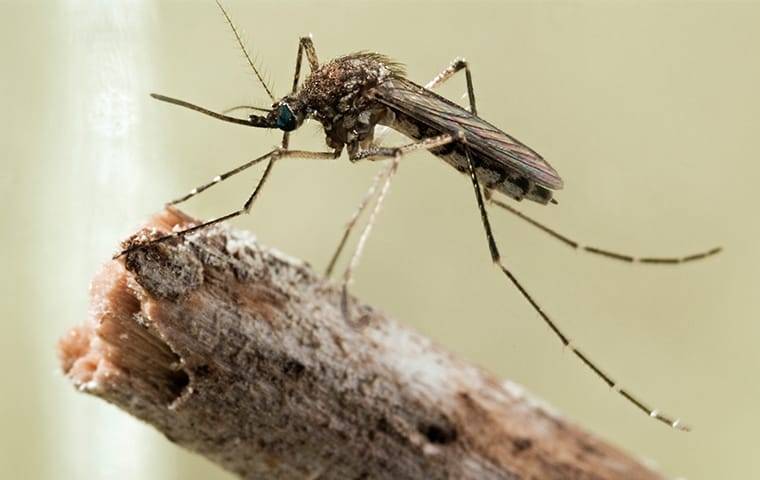 The Zika virus was identified in a few parts of the world, especially in Africa. And it is called Zika in honor of a forest in Uganda where the virus was discovered. It was detected in 1947 in monkeys for the first time. The contamination in humans occurred in Nigeria in 1954. However, it was in Brazil, especially in the Northeast, that it was disseminated with more intensity.

"The scientists believe that the virus can mutate. Although there is still a plausible explanation that the virus is in Brazil due to the influx of tourists during the World Soccer Cup which took place in the year of 2014," explains Dr. Francinaldo Gomes, neurosurgeon, and neuroscientist.

The Aedes Agypti is basically a mosquito that can cause Dengue, Zika, and Chikungunya; however, this mosquito has specific characteristics that differ from any other mosquito. In addition to their white and black stripes, these mosquitos have some habits that may help you identify them.

Know about the symptoms of this virus

To find out if you are infected by Zika virus is important to be aware of the symptoms that usually occur 10 days after the bite of a mosquito. The symptoms initially include fever over 38 ° C/100, 4ºF and red spots on the skin of your face. These symptoms can also be related to:

Typically, these signals last only seven days and can be confused with symptoms of dengue. For this reason, it is important to go to the emergency room when there are more than two of the symptoms described, to be seen by a doctor to diagnose the problem, This way you can starting an appropriate treatment.

How to prevent Zika infections?

There is still no vaccine to prevent Zika, but you can do some things to try and avoid the virus.

The two main methods to prevent Zika - and other diseases caused by Aedes aegypti, like dengue and chikungunya - are ending the mosquito foci (standing water sites) and put repellent to avoid bites.

The following tips on how to help prevent the disease:

Brazilian authorities have stated that the main way to fight Zika is to end the mosquito that transmits the virus. To do this, you must eliminate all possible breeding sites of Aedes aegypti.

The mosquito needs stagnant water to lay their eggs, so anywhere you can accumulate a minimum of water can become a focus of disease.

This includes potted plants, - which are sometimes with water accumulated on the plate -, water pots of domestic animals, bottles.

The eggs of the Aedes aegypti can survive up to one year in a dry place, needing just a little amount of water so the larvae can go out and grow as mosquitoes. Therefore, it is important to not let water accumulate anywhere in the home.

It is also recommended to clean gutters several times a week and pay special attention to the water tanks and swimming pools: they have to be properly chlorinated (chlorine prevents the reproduction of mosquitoes).

To avoid being bitten by mosquitoes, the best strategy is to go repellant on all exposed parts of the body.

The US Disease Control Center recommends the use of repellents based on n, n-diethyl-meta-toluamide (DEET) or picaridin.

It's important to apply the repellent regularly, following the instructions that you can find on the package.

Pregnant women can also use the repellent - but it's always good to talk to your doctor to see which would be most appropriate. It is important that pregnant women, in particular, put repellent to avoid mosquito bites because of the risk of microcephaly. Everyone should check with their doctor prior to using any type of bug repellent on themselves, children or if pregnant.

The experts’ recommend- especially for pregnant women - to wear clothes that hide the body parts that are exposed. Pants, sleeved blouses and long thick clothes are very useful to avoid the possibility of being bitten by the mosquito. This can be a challenge in the high-temperature summer in Brazil.

There are also some special clothes that contain permethrin, a synthetic insecticide incorporated into the fabric, but it is only available for purchase in some countries.

Whenever possible, experts recommend sleeping behind "physical barriers" such as closed doors, sealed windows and mosquito screens. Make sure that all screens are in good working condition, no holes or tears or gaps.

During the night, a mosquito net can offer extra protection. But remember that the Aedes aegypti tends to act more during the day, so your attention should be permanent.

There are also repellents systems plugged in and mosquito misting with nozzles that spray insecticide - which are widely used despite being controversial since it can affect bees, butterflies, and other insects.

The household waste can also become a breeding ground for mosquitoes - because it is easy to accumulate water in it.

Experts warn that people in dangerous areas to take extra precautions when handling the trash. It is important to keep it in plastic bags always closed.

The material of the tires should be removed from the backyard - they are a very common focus of mosquito larvae.

The technique of fogging has been widely used in some of the most affected regions. It consists of using trucks releasing jets of insecticides in homes or buildings to kill adult mosquitoes.

This is one of the emergency measures considered to stop the Zika virus at the places of Olympic competitions in Rio de Janeiro.

One of the strategies adopted to control the proliferation of Aedes aegypti was to develop a genetically modified male mosquito with TTA protein.

The transmission of dengue, chikungunya or Zika is done by the female. The mosquitoes born from crossbreeds with these transgenic mosquitoes will die before reaching adulthood.

A new method to combat the Aedes aegypti is to let the females put their eggs in a container with clean water and when the larvae start to grow, the water should be eliminated.

This possibility has not been recommended, but the researchers consider that it is a great way to eliminate mosquitoes because females die after laying their eggs and if they were eliminated at the right time, the population of Aedes aegypti actually decrease.

The treatment for Zika virus is the same as the treatment for dengue and must be prescribed by a professional. It is usually done only with the control of symptoms since no specific antiviral medicine can fight the infection.

Thus, the treatment can be done only with home rest for about 7 days and the use of analgesics and drugs for diseases such as paracetamol or dipyrone, for example, are useful to relieve symptoms and to recover faster.

You should avoid taking any medication with Aspirin, since, as happens in dengue, there is a risk of bleeding which can worsen the condition of the patient.

If you think that you have any of these conditions, you should contact your doctor or immediately seek medical help to be properly evaluated.

Alliance Pest Services offers a complete program for mosquito treatments to control and eliminate mosquitoes from around your home and business. Contact us today to set up our home protection program.