Home › Blog › Watch Out For Termites!

Watch Out For Termites!

Termites, like ants or bees, are social insects that live mostly in subterranean colonies. Their organization, their ability to degrade wood and materials containing cellulose make them formidable enemies for buildings. Termites are divided into several castes: workers, soldiers, and breeders. It is the workers who provide the food needs of the colony: they will harvest the cellulose which is mainly in the wood, cardboard, paper, etc. After having swallowed the wood, they redistribute digested food to the rest of the colony. 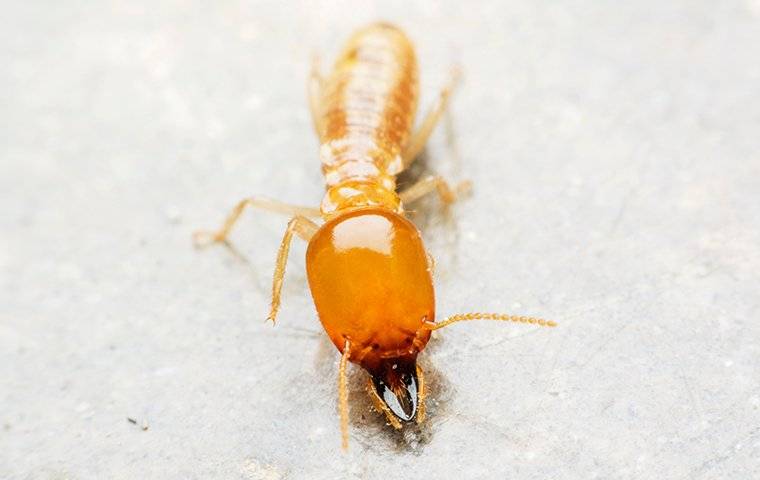 Underground termites form underground colonies in the soil. Their favorite food is dead wood, but they can attack any material containing cellulose (paper, cardboard, plasterboard). The breeders can settle directly in the support that acts as a source of food. Several feeding sites can be exploited: pyres, stumps, fences, houses, communicating with each other through a network of galleries or tunnels.

The presence of water is obligatory for the development of subterranean colonies. At the end of winter or spring, adults try to colonize new territories. Most, however, remain close to the point of flight, termites fly very badly. The couples who form on this occasion can found new colonies. Dissemination of termites can also be achieved through the displacement, voluntary or otherwise, of part of the colony. Replacement breeders from nymphs or workers appear.

Constantly fleeing light, termites are hard to spot. The appearance of a swarm in or near the house is a first indication of the presence of a termite colony in the vicinity. The constructions of the workers are characteristic and easily recognizable. The most common are tunnels traversing the surface of walls, wood or soil. They are also called galleries and consist of a mixture of soil, excrement, and saliva.

When degradation is advanced, the damage can be evidenced by a simple pressure exerted on the pieces of wood hollowed out, of which the outer appearance is often preserved. Degraded wood often has a laminated appearance, with termites ingesting the softest parts of the wood first, leaving behind the harder rings. Termites also move in plaster walls, piercing the wall coverings of small holes regularly, which they fill with soil. These plugs, sometimes as big as a pinhead, isolated or not, can diagnose the passage of termites in the walls.

Termite control methods and products have evolved considerably over the last decade:

Regarding the different possible treatments, the choice will be made according to the state of the ground and the frame that one wishes to protect.

Insecticide traps aim at eliminating the subterranean termite colony attacking the construction. Their implementation is relatively easy and does not cause inconvenience to the occupant. Similarly, given the small amount of insecticide contained in the traps, they pose no particular risk to the environment. On the other hand, given their mode of action that integrates the biology and social behavior of termites, the traps have a variable efficiency depending on the species and a reaction time that can reach several months before the elimination of the colony. Learn more about our New Jersey termite control services.