Understanding Bat Bugs And Knowing How To Treat An Infestation

Everyone has heard of bed bugs and it isn't an enjoyable topic but if you thought it couldn't get much worse than that, you haven't been introduced to the species of Bat bugs! Bat bugs just like bed bugs are blood-sucking insect parasites. One of the differences is that their meal choice is primarily bat blood! Bat bugs are closely related to bed bugs and they are very much the same in their appearance, so much so that many times people think that they have bed bugs when in fact they actually have a bat bug infestation. The only way to actually distinguish between the two is to use a microscope. Even with a microscope, the distinction is not made easily, you have to look at the fringe hairs on the pronotum which is the upper part of the thorax, if these hairs are as long as the bus eyes are then you have a bat bug. Bed bugs fringe hairs are much smaller. 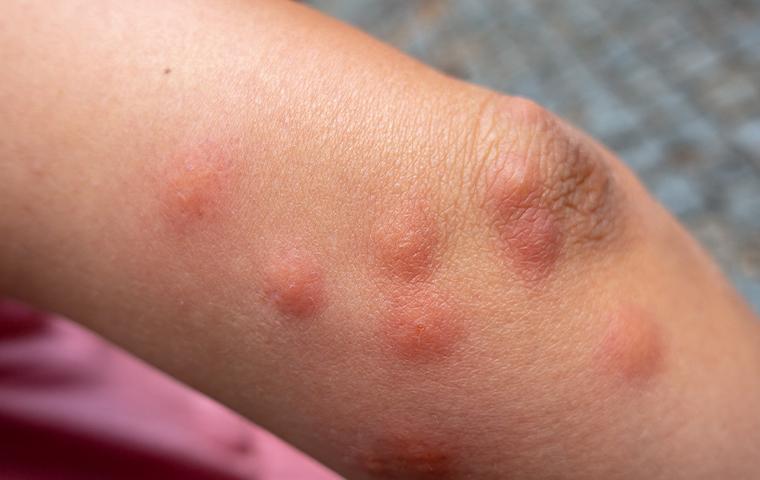 Bat bugs are found in the United States and are common mostly in the Midwest. Bat bugs and are normally found in houses and also different types of buildings that have a lot of surrounding bats. When an infestation is found in a home it is normally because a bat has carried the bat bugs into that home. Because bats will roost in the chimney, attic, or even the shutters of a home sometimes the bat bugs will venture a little ways and if the bats are eliminated either by humans or they choose to migrate then the bat bugs are in search of new hosts. Sometimes they will even find their way to an actual bed where bed bugs reside but that is only typical when they realize there is a host for the blood they seek nearby.

Another place that a bat bug can be found is in a motel because they are normally filled with travelers! Once a person unpacks their items the things that have bat bugs themselves or even eggs on them will be released into the room. The start of an infestation takes just one female bat bug that has fed off of a host. She can then be on her own to lay eggs which will soon hatch breeding an infestation.

The Bat Bug life cycle is not too detailed and can be described as follows:

Luckily even though the bat bug has a purpose to feed and that sometimes includes feeding from a human, they are not known to carry any diseases. The bites are said to be more painful than a bed bugs bite and most people will develop an allergic reaction to the bite because of the bat bugs saliva that is injected when it bites and the proteins it carries. A reaction can be as typical as a small lump or one welt (or more) at the bite site, itching is also another largely common reaction to the bite. If the bite site is scratched it is possible for it to become infected and then have much more discomfort. The reaction should only last for a week or so if left alone.

Now that you know all about bat bugs, the next topic should be how to get rid of an infestation of them! Here are some steps you can take to rid yourself of them:

• First and foremost you have to rid yourselves of any bats there may be near the area. Safe bat removal needs to be performed to ensure that all of the bats are gone from the home or structure. This may take some time and depending upon when the bat problem is noticed, there are time restrictions on when bat removal can be performed. This is why as soon as a bat problem is noticed you should have it looked at to nip any potential problem before it develops into a much larger one.

• Next you also want to remove any alternative host animals such as birds or rodents.

• Now an insecticide treatment can be performed, first treating the area where the bats or rodents were and then where the bat bugs themselves had traveled to. Dust formulations, pest strips or residual insecticides may be applied in the treatment.

• The treatment will focus on all cracks and crevices that the bat bugs could or could have used.

• Sanitizing everything in the home is always a great idea and can include laundering vacuuming, and simply cleaning and sanitizing all areas.

• If you believe your mattress has been infested you can scrub it and also vacuum it. Then you will want to cover it with a zippered cover mattress encasement and leave that cover on for at least a year! If there are bat bugs inside of it then they need to have adequate amount of time to die, remember they can live a long time without a meal.

Always remember preventative measures, if you know there are bats around your home or building try to keep them away from your dwelling area, stay clean, do laundry and vacuum often! For all of your bat bugs and safe bat removal problems New Jersey, call Alliance Pest Services for a free home or structure assessment today.