The Powassan virus is a flavi-virus that is transmitted by ticks. This infection or disease was named after a town called Powassan in Ontario, where it was first identified in a young boy who died eventually following health complications from it. 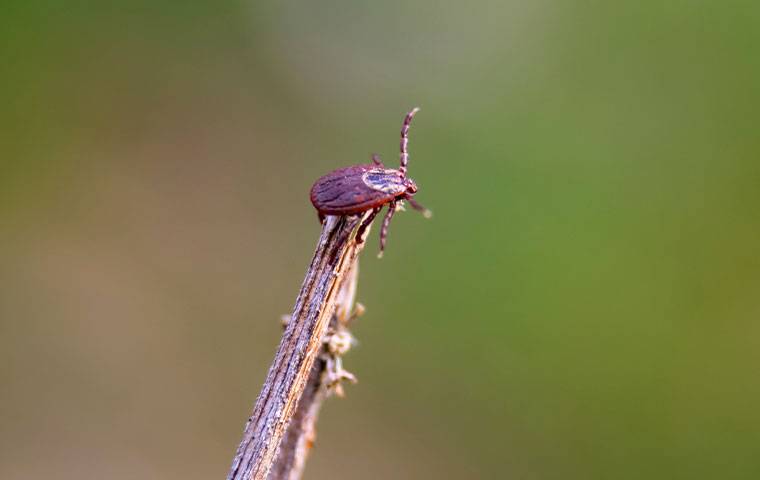 Powassan is an uncommon tick-borne disease which is caused by a virus. It can cause encephalitis (swelling of the brain) and also in the membranes around the spinal cord and brain. (Sometimes called meningitis). Only about 78 cases were reported in the U.S. over the past ten years. Experts warn that the disease could start to spread faster now than it is being transmitted by the deer tick.

Another statistics shows that every year in the US, there is an average of 33,000 cases of Lyme disease (a major complication from the Powassan virus) reported to the CDC (Centers for Disease Control and Prevention). Experts believe that the actual number may perhaps be even ten times higher than that. Citing that there are at least 300,000 lime disease infections per year.

According to the Centers for Disease Control and Prevention, the disparity in the figures above according to researchers is mainly due to the fact that there is only around 10 percent of the actual Lyme disease infections that are reported. The majority of these infections are not reported as many people are not enlightened enough or even aware that they may even have the disease.

Additionally, it is often misdiagnosed. In their defense, the disease is difficult to identify for a myriad of reasons. Moreover, the symptoms can mimic a number of common ailments which further complicates its detection. For this reason, Lyme disease also called as ‘The Great Imitator” 's hard to pinpoint.

The Powassan Virus is an RNA agent that splits into two separate lineages, first lineage and second lineage:

The second lineage has got the highest genetic variation, which shows that it is likely to be the ancestral lineage that splits as a result of positive selection. VDTV is related to Powassan virus, and a series off analysis showed that the two viruses diverged about some 200 years ago. Even though second lineage has been existing before in POWV positive tick pool, both lineages have had several confirmed cases of human infection in Russia and North America. The lineages share about 84% nucleotide sequences.

How Does It Spread? What is the Means of Transmission?

Powassan spreads faster from ticks to people than Lyme disease. Nevertheless, the viral infection is always mild, it can be life-threatening within a small number of people. That's is the reason health officials warn people living in Northeast and Great Lakes states, where the virus is rampant.

Infected ticks spread the virus when they bite on people. In time past, types of ticks that barely bite humans are the main transmitter -like woodchuck ticks. Now, the deer tick, which is most likely to bite people, also goes around with the virus. The ticks carrying Powassan mainly lives in the wooded area close to the Great Lakes and Northeast. These ticks are most active in early summer, late spring and mid-fall.

Although, not every tick carries the virus, and not everyone who get bitten will become sick. But ticks that are infected may transmit it quickly (within some few minutes of attaching itself to any individual). Lyme disease takes no longer than - 24 to 48 hours (to spread from tick to human). On other hand, you cannot catch Powassan from someone else.

Several people who were infected with Powassan virus do not develop any significant symptoms. The incubation period that is the time from tick bite to the beginning of the illness ranges from approximately one week to 1 month. POW virus is capable of infecting the central nervous system and causes inflammation of the brain, and inflammation of the membranes surrounding the spinal cord and brain.

There are no medications or vaccines (to prevent) yet available to treat infections from this virus. It is advised that patients with serious POW illnesses be hospitalized more often. Treatment sometimes includes intravenous fluids, respiratory support, and medications for reducing swelling in the brain.

The case of an infant (five-month-old) Connecticut baby contracting the Powassan virus infection was recorded in 2017. He was saved from abnormal motor and verbal development with strategic follow-up at the age of 10 months.

Currently, the best way to treat POWV virus includes medications to support respiratory system, reduce brain swelling, 1and intravenous fluids. About 10% of POWV cases are fatal and about half the survivors have long-lasting symptoms that affect their brain.

How Can the Powassan Infection Be Prevented?

The best defense again the Powassan virus is reducing exposure to ticks. With regard to tick-borne disease caused by the Powassan virus, prevention is the most crucial thing as viral infections rarely have reliable treatment options. To effectively prevent humans from tick bites, it is best to avoid tick habitation such as a densely wooded area and/or places covered with tall grass.

Furthermore, putting on light-colored clothing that thoroughly covers every part of the skin like long sleeves and tall socks, will help identify the presence of ticks on the body and prevent them from being able to attack the skin directly. The self-inspection should be done regularly after staying outside. It can also be advantageous to have a friend or family member check over one's body and in a likewise manner.

There are a number of steps individuals and families can take to efficiently prevent and control the Powassan virus disease. Individuals and families need to be proactive. Although it is nearly an impossible endeavor to avoid bites from wood ticks if you love to spend plenty of time outdoors (as there is plenty of fauna and flora outside for the insect to thrive). It is paramount though to stay proactive regarding adapting to prevention options for any kind of tick-borne illness caused by the Powassan virus.

Avoid wood filled areas whenever possible and places filled with overgrown grasses (such as fields and meadows which are the likeliest areas where ticks can be found). If you are staying outside your home for longer periods and you stay around brushy or treed surroundings, it is recommended that you and your family members put on long pants and long sleeve shirts.

It is also an excellent idea to put on the proper shoes that can adequately provide cover for your feet. Of course, after staying outdoors in an area that is tick infested, it is always a wise idea to carry out full body checks so as to verify if you haven't come in contact with the pest. You can use Cedar oil as an effective repellent for yourself.

For the prevention of animals being infected by a tick, you should use a very strong insect repellent. Note that symptoms may not arise for 6 to 22 days, so the pet must be monitored very well, especially if it has been outdoors for long in areas where ticks are more likely to dwell in. Finally, conduct a full body scan to search for ticks that could be hitching a ride.