The Importance of Pest Control 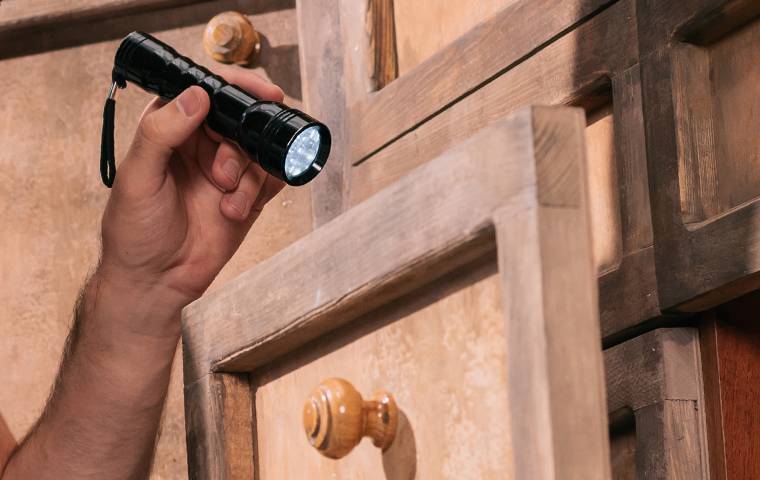 Whether you're a homeowner, running a business, or work in the agricultural field, pest control has taken on a greater importance in recent years. Pest control is crucial to the ongoing care of any structure you own, as they will seek shelter anywhere that can provide their basic necessities. Insects, rodents, even squirrels and raccoons have been known to be found anywhere with water and food supplies.

Advances in pest control have been linked to our increased quality of life. Life expediencies continue to rise, due to the effect of pest control on the development of vaccines and pharmaceuticals. Scientists are able to test the effects of these medicines on insects before administering them to human subjects.

It is a common misconception that pest control only refers to the eradication of insects. However, the proliferation of rodents is another reason why pest control is so important.

Rodents consume a large portion of the world's overall food supply, which makes pest control increasingly vital. They also function as carriers for many other harmful pests. Ticks, mites and fleas make their way into your home by attaching themselves to rats and mice. Once inside, they carry diseases that can be potentially fatal to humans. Malaria and West Nile virus can be transmitted by these pests.

Rat bites are also a main cause for several deadly diseases, such as trichinosis, salmonella, and rat bite fever. Tens of thousands are bitten by rats each year.

Rodents can also chew through electrical wires, causing fires that led to astronomically high property damage. Because their teeth are constantly growing, rats and mice chew through several different materials, including aluminum and plastic piping. Nearly 1 in 5 fires in America each year is caused by rodents and their chewing through different household areas.

In addition to rodents, there are numerous insects that can cause illnesses, aggravate existing allergies, destroy property value, and consume large portions of food crops. Termites cause billions each year in damages to property by themselves. Once termites have become infested in your home, there is no other way to remove them besides killing them.

Termites do not only eat wood, as is commonly believed, they will also consume carpets and paper. They hide in plain sight, only becoming noticeable as property damage becomes noticeable. Termites will also use materials from your home, such as rubber and plastic to build their nests and procreate. Unless you kill them, they will cause significant damage to the structure of your home.

If not for pest control, food supplies each year would be significantly diminished. Food production would become decreased, and as a result, the prices we pay at the grocery store would sharply increase, so that farmers could recoup lost profits. Fruit and vegetable supplies would become endangered, leading to more competitive pricing for stores and farmers alike. A second domino effect would take place when crops for fibers such a cotton became diminished, which would deliver a crippling blow to the clothing market.

Consumers are able to purchase inexpensive food that is free of insect contamination due to the high quality pest control currently in place. Crop yields already suffer heavy losses each year and without proper pest control, these deficits could run as high as 80 percent. Without pest control, the industry would not be able to meet rigorous standards for the sanitation of food.

Rising costs are another reason why pest control is so important. Whether you're safeguarding your home or business, if pest control is not emphasized, it can lead to irreparable damages. Home and business owners often operate under the misguided belief that they can control any potential pest issues by themselves. While in some cases this may be true, many times this leads to infestations that can severely compromise the structural integrity of your building and lead to the loss of business.

Additionally, some may balk at the idea of paying a fixed cost each year for regular fumigation and pest removal, but by doing so, you're guaranteeing that you will not have to pay a much higher free to eradicate pests once they become infested. Most people do not know the telltale signs of an infestation, and may end up waiting until it is too late to call an exterminator.

By doing so, this strategy will require an even larger investment. In a home or business setting, pests bring in germs and bacteria that will lead to the spoilage of food, increasing your costs when the disposal of all food items is necessitated.

While most see pest control as a residential issue, it has a profound effect on all of society. As pest allergies continue to rise this can literally be an issue of life and death. Millions of citizens are allergic to the stings of insects and hundreds of thousands are admitted to hospitals each year, suffering from the stings of unwanted pests. This leads to an increase in spending for medical costs.

As technology moves forward and we become more and more knowledgeable about the dangers of pests, pest control will only gain importance. Protecting homes, food and clothing supplies and health are paramount concerns. Being able to do all of these things while saving money is just as important. In order to prevent the spread of disease and continue to ensure fresh supplies of fruits and vegetables, vigilant pest control becomes increasingly vital to our health, well-being, and continued prosperity.

Alliance Pest Services is your local pest control expert for all your pest and insect problems in New Jersey.