While the East Asian tick might be known for its small size, it is causing big problems for those who reside in the state of New Jersey. The fact that these pests have yet to be seen in the United States before now is what makes this current infestation truly disconcerting for all parties involved.

These ticks were first spotted in Hunterdon County. A sheep was found carrying them, and while various efforts have been made to wipe out the population, the East Asian tick continues to live on. New Jersey is no stranger to the tick, and there are at least five different species currently thriving in this state; the East Asian tick is by far the most dangerous of them all. 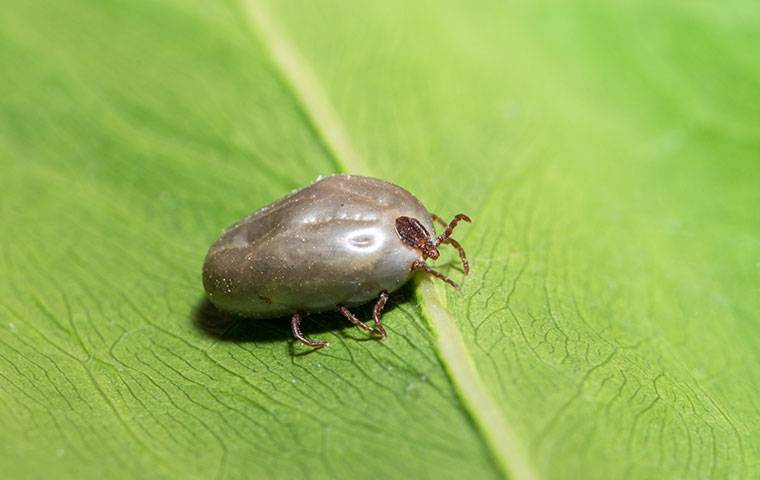 These ticks are also referred to as bush ticks or long-horned ticks. The East Asian tick was originally located on the Asian content but has now made its way into the state of New Jersey, causing a great deal of alarm in the process.

So how were these ticks originally discovered? All it took was a simple phone call from the owner of the sheep above. They thought it was a garden variety infestation and would soon learn the awful truth. Once the sheep were brought in for further examination, experts soon realized that these were no ordinary ticks.

The woman who brought the sheep into a research microbiologist had never seen pests like these before. Rutgers University entomologists were commissioned to test the ticks so that more could be learned about their origin. At this time, certain steps were taken to kill off these ticks once and for all.

This is now a massive problem for New Jersey because of these ticks' propensity for spreading disease. Much like the deer ticks that are responsible for the spread of Lyme disease in New Jersey, these ticks are currently spreading a disease that is known as SFTS.

Patients who suffer from SFTS experience high fever and a low blood platelet count. This is the sort of dangerous combination that has New Jersey residents on high alert. The virus is considered to be deadly, and experts are banding together to eliminate these pests as quickly as possible. Otherwise, residents could be in grave danger.

In a world where we all constantly worried about various threats and concerns, the presence of a new and deadly pest is one of the last things that anyone wants to hear about. While the East Asian tick's presence is certainly far from welcome, residents must take the time to learn as much as possible so that they can keep themselves safe.

These ticks can withstand the cold weather that takes place in New Jersey, and they continue to expand their population. They are self-cloning as well. People must remain vigilant when it comes to their animals so that they do not bring home any of these ticks and transmit disease within a household.

The East Asian tick has shown an ability to travel in the past. This is their first American sighting, but they have also been found in New Zealand, Australia and a wide range of Pacific islands. Males are not needed for the reproductive process. All it takes is one female tick, and a whole new population is successfully created.

After the farm where the East Asian tick was originally discovered was treated with pesticide, the pest has since made its way into other counties. This underscores the importance of removing these ticks from the equation in the future. The nymphs and larvae of these ticks are the sizes of a poppy seed, and this makes them hard to find when they have located a human or animal host.

The ticks were recently discovered in Middlesex County and Union County as well. They have yet to cause any severe harm to humans who reside in the state of New Jersey and only time will tell if they can be eliminated before any such occurrences have a chance to take place.

Ticks of any kind tend to be difficult to control, and the East Asian tick's ability to survive over the winter makes them especially challenging. Those who wish to remain safe from the East Asian tick are advised to use the proper repellent when they are going to be spending a significant amount of time outdoors.

It is also important for New Jersey residents to take the time to look themselves over once they have returned indoors. Because of the small size of these ticks and their propensity for hiding in hard to reach places, regular tick surveillance is necessary. If unusual ticks are spotted on local wildlife, be sure to contact the New Jersey Division of Fish and Wildlife.

Alliance Pest Services offers a variety of tick and mosquito services to keep your home and yard pest and tick free all season long. Call today and let us know how we can help you.