The Argentine Ants Get Ferocious but They Can Still Be Conquered

The Argentine ants come from the countries of Argentina and Brazil. They have spread out all over the continent of South America. They invade in serious forces rapidly and the Argentine ants have made homes on 6 continents, and plenty of Oceanic islands. 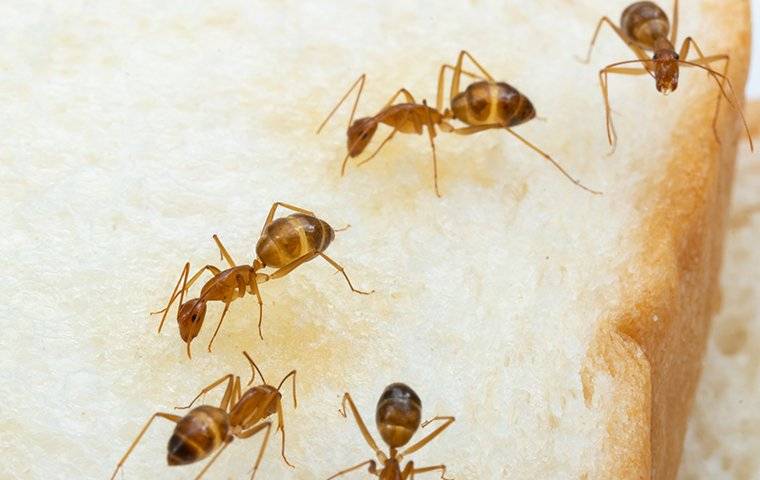 How They Can Colonize

In Argentina & Brazil, they show a communal system arrangement with hostility between workers of the contrasting nests. Argentine ants also create huge colonies throughout the world.

A sufficient amount of them that colonize around the world relate and their origins go deep into several areas along the Rio Parana. Exactly 160 Argentine ants of South Africa were analyzed.

Those are from the neighborhoods of Bett's Bay, Caledon, and Cape Point. The ones within Caledon are almost identical to the ones in Buenos Aires.

Argentine ants pick collective routes that are suitable statistical distribution of likelihood. They move around like small robots that are programmed to do intricate tasks.

They have been examined individually & as a clan and they found out that erratic modifications regarding directions adhere to patterns that are mathematical.

Since that is the case, the Argentine ants are amalgams of Gaussian & Pareto distributions. The Argentine ants can go fully or somewhat around and axis or point and what directions that they will decide to go in.

The Determination of the Species

The determination of Argentine ants also have been revealed. The ants will not modify their directions when their paths are free and so clear. Their pheromone trails do allow even more of their colony members to follow them easy.

The ants' lines of themselves trailblazers when the attentiveness of the pheromones go beyond what is required.

The Believe In Strength in Numbers

They have infested plenty of cities, towns, islands, and countries rather strongly and it is hard to destroy them. That is because of the numbers of them that roam in the super colonies.

Argentine ants can cause a lot of issues to our natural ecosystem daily and nightly.

The infestation is deep rooted and powerful. They ants have built dirt palaces, castles, mansions, and estates under the actual real estate for centuries and other places on land.

What They Go After the Most

The Argentine ants goes after the citrus crops in California quite often. Their orchards have the visitors who are not welcomed (ants) and about 50,000 to 600,000 of them show up unannounced every day, within almost every tree to get the hemipterans.

That specie of ants also devour plenty of the other sweet & sticky things like sugar, syrup, juice, soda, candy, cough drops and more.

They even can get into the sugar that's shipped from Argentina and other countries. Ants have several other ways to get to many parts of the world.

The Argentine ants are polygynous so there can be 16.3 queens for every thousands of the workers. Since that's the case, those queens easily make fresh colonies through the process called fission.

So that have caused and will continue to cause massive infestations everywhere. The fission or budding methods bring about a matrix of the colonies that are related to one another. So their stocks are divided and distributed according to what each colony ran out of.

The Argentine ants destroy a lot of native ants because they want to be the only species of ants around, and retrieving most of the resources. They make it a habit of eradicating various insects so the Argentine ants are very greedy.

The winter ants came up with a battle plan so they produce a rough poison inside and abdomen gland. They release it when they have to do something against their will & that particular toxic poison will end the life a sufficient amount of the Argentine ants.

The trees are being taken away from the Argentine ants. The cold weather helps the winter ants win those battles too.

So the ants from Argentina can be conquered sometimes. It depends on the weather, the fluids utilized, and the poison that they get attacked with.

If you are having a problem with Argentina ants around your home or business, call Alliance Pest Services to remove and prevent all ant types from your property.