Home › Blog › Signs That You May Have a Problem with Rodents

Signs That You May Have a Problem with Rodents

Although there are many creatures that fall under the general term "rodents," the rodents that usually concern us are common house mice and rats. 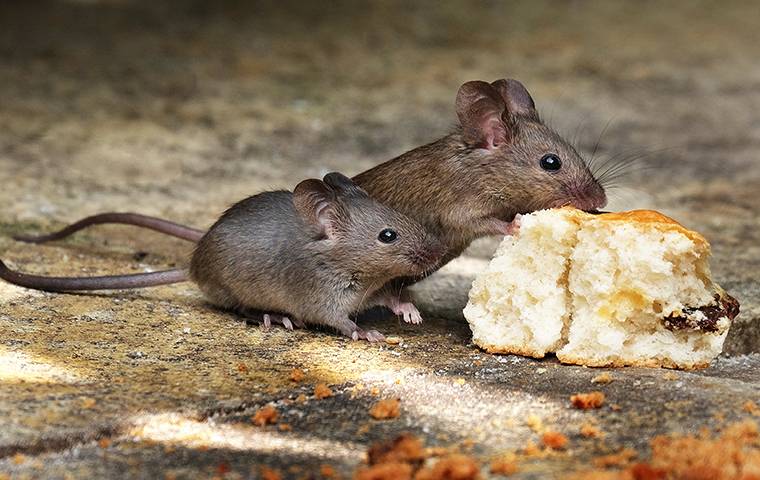 Living quiet lives and not often seen by humans, mice and rats are very common, even in urban areas. It was once said that in Manhattan, New York, there was at least one rat for every human on the island.

Although hungry rats can and do create a danger in the home by actually attacking infants and other defenseless creatures, they also create a great deal of damage in general to food supplies, as do mice.

Mice, in themselves, are cute little creatures and seeing one, it's easy to dismiss it as harmless.

Many dislike having to kill any living creature. Most persons don't go out of their way to kill wild creatures outside the home, even common houseflies. But having pests inside the home is intolerable for humans. And since there is no way to ask them to leave, humans have little choice.

Of course, a thoughtful person will take every possible step to make a house as pest proof as possible, yet even under the most stringent conditions, some pests can and do find their way into homes. Among these, house flies, cockroaches and rodents constitute the greatest overall threat to the cleanliness and comfort of our homes.

Mice nibble into packages, contaminating food products in the pantry in such a way that humans often contracts diseases carried by mice. When they eat foods that have been contaminated, they may find themselves in a hospital under the care of physicians, all due to having mice in the home.

Rodents do more as well. They nibble and gnaw, often destroying food containers, storage containers, and while building nests in a house they sometimes destroy electrical lines and once settled inside a home, the mouse population can grow and expand so quickly that a few mice one day can lead to hundreds in a couple of months. One female mouse may give birth to as many as sixty or more pups or "pinkies" in just one year.

Mice can contaminate food preparation surfaces as they scurry about at night while the household sleeps.

Although these creatures are quiet and secretive, they can't avoid leaving traces of their presence, traces that become obvious to the individual who knows what to look for.

Tiny holes in any walls may be a sign of infestation, and in dusty corners tiny mouse tracks may be visible. Mouse droppings, tiny black rice-like grains, are a sure sign of infestation. Urine is less noticeable, but when disturbed by an unwary person, particles are released into the air to be inhaled by unsuspecting inhabitants of the house.

Mouse droppings are likely to be found in pantries around cereal boxes or other similar products that show signs of having been gnawed or nibbled. Often they may be seen inside drawers or around electrical outlets.

The threat of disease from rodent infestation is so great that expert’s advice the use of OSHA approved respirators when working around these areas, since these mouse droppings and perhaps urine and saliva on surfaces constitute a real danger to humans when disturbed.

Invisible particles begin to float around in the air and are inhaled by humans. Most experts advise not sweeping or vacuuming, but rather, wearing protection. All such signs should be carefully scooped into plastic bags.

Periodically, the homeowner should take stock of pantries and other dark rooms, especially rooms where any sort of food may be stored. Electrical boxes and areas such as the space beneath sinks where rodents may easily gnaw an entrance that may remain unnoticed for months or even years should be investigated.

When a homeowner waits only until signs of an infestation appear, the entire problem and its accompanying dangerous effects may be much worse than the average homeowner may suspect.

Wherever possible, food products, in particular pet food, birdseed, grains such as oatmeal, rice, etc., should always be stored in heavy plastic or metal containers. Rodents gnaw constantly and wood or thin plastic give easily to their long and active teeth. Left outside, these storage containers may fall victim to local squirrels as well.

No food should ever be left where it might be accessible to rodents. Garbage cans should be kept tightly covered.

It is wise to check carefully all around the house, inside and out, using a flashlight where necessary, to look for any tiny holes that may indicate the presence or comings and goings of rodents. Even a small opening in a foundations may enable a tiny mouse to come and go at will.

If a homeowner has any sort of fruit trees in the yard, fallen fruit should never be allowed to lie on the ground.

Since rodents seldom run out into rooms, even though the room may be unoccupied, they much prefer running along next to walls keeping as low a profile as possible. By setting baited mouse traps where rodents may find them. Many suggest using two traps and reusing them as the smell will attract even more invaders.

But before homeowners can do something about an infestation, they must make themselves aware of the problem. As mentioned above, a sure sign is the presence of what may look like tiny grains of black rice. These may be found on pantry shelves, under sinks, inside drawers and elsewhere. When an infestation is severe enough, an odor may be detected as well.

All openings, no matter how small, such as around pipes, electrical outlets, along baseboards, in dark corners where few persons ever think to look; all these must be carefully checked.