Rodents have a way of placing themselves in commercial buildings and causing a bevy of problems for the building's owners and inhabitants. While most are able to distinguish the differences between individual rodents (mice and rates) on sight, the problems that they cause are very similar to one another. 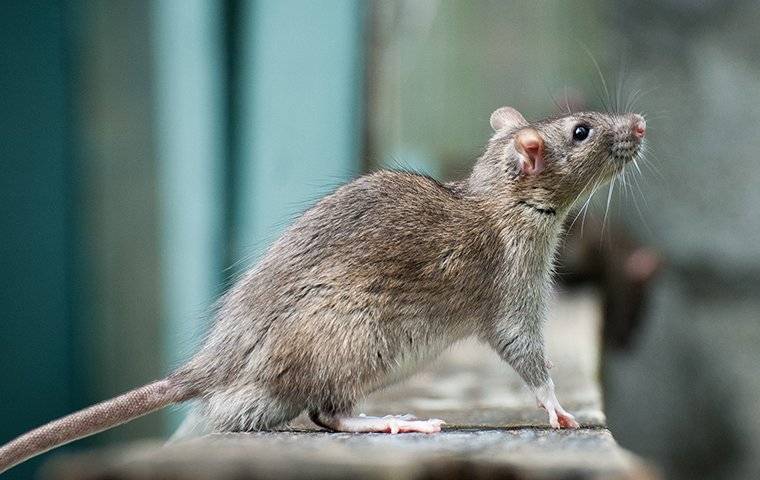 They are most commonly seen at night, as they are nocturnal creatures. This means that an infestation can end up taking place, before anyone has actually seen a rodent in the flesh. Because of this fact, it is best to remain vigilant and always keep an eye out for rodent infestation in a commercial building.

Let's take a closer look at some of the telltale signs that your commercial building is in the throes of a rodent infestation:

Commercial building owners should not be breathing a sigh of relief when they find dead rodents, as this is a sure sign that there are more lurking just around the corner.

Hearing scratching and clawing sounds emanating from the walls or attic of your building is usually a sign that rodents, rats or mice have managed to make their home there.

Birds are not the only problematic animal that will show up at your building and create a nest for themselves. Rodents are also capable of crafting nests and they prefer to stow away in hidden areas of the structure.

Should you begin to notice the evidence of gnawing on your wooden furniture or your electrical wiring, this is a telltale sign that there is a strong rodent presence afoot.

What Problems Do Rodents Cause?

It may be hard to believe that rodents can cause severe damage to your commercial building, but an unchecked rodent invasion can lead to damages that will cost thousands to fix. Rodents often build themselves burrows in which to live, which come at a major cost to the building's safety and the health of its occupants.

The building's stability is significantly decreased, which can cause various structural issues. This is due to the fact that the burrows are often dug beneath the commercial building, in an area where they are not easily visible to the naked eye.

The digging of burrows also causes blockages to the sewer lines leading into the commercial building, causing messy plumbing problems that we will leave to your imagination. The building's landscaping is also at risk, as the presence of rodents will spoil the look you are trying to convey.

Rodents are climbers by nature, which leads to them exploring the internal workings of your commercial building. They are able to cause a wide range of damage to the inside and outside of the building, by making their way into the walls and chewing through electrical wiring.

They also cause damage to any wooden furniture or outdoor fixings that have been added to the building. Rodents are constantly gnawing at anything and everything that they can get their hands on and the damages that they cause by doing so are incredibly costly to fix.

This is one of the most crucial concerns for those who own commercial buildings, as rodents are able to expedite the spread of disease very quickly. In many instances, the person or persons who contract the disease will not know that they are carrying it until it is too late to seek treatment.

It is a common misconception that rodents spread their diseases strictly through biting. Their fecal matter is far more dangerous, as most building inhabitants never come into direct contact with a rodent during the daytime.

Some of the diseases that are most commonly spread by rodents include:

The fever can be especially difficult to diagnose, since the incubation period can range from three days to three months after initial contact. If the skin comes into contact with a rodent, or the person experiences foreign bite marks or scratches, this is a sign that they have contracted rat bite fever.

Rashes will appear on the feet and the hands. A fever and chills are also common. The joints typically become swollen and red. Unless the condition is treated quickly, the patient experiences long term damages.

This disease is carried by a variety of animals, both wild and tame. People with broken skin that come into contact with rodents are especially susceptible and rodents can also transmit the disease with their saliva. From there, numerous symptoms can appear, including jaundice, fever, headaches and pain in the joints and muscles.

But in some cases, no symptoms are outwardly visible. If the disease is not treated, the patient is at risk of kidney and liver damage. While death is not common, it can occur when an outbreak does not receive the proper medical attention.

HPS is a relatively new danger, as it first came onto the scene 22 years ago. But HPS is one of the biggest problems that rodents pose to commercial building owners and has caused over 500 deaths since its arrival.

A bite can transmit the disease, but it is typically caused by excess inhalation of rodent droppings or touching items that have already been contaminated. Children are far more vulnerable to HPS than adults.

Commercial building owners and residents, take note. Allowing a rodent infestation to take place in your structure without contacting a pest control authority can cause serious issues, as it relates to the integrity of your building and the health of your inhabitants. Remain vigilant and always keep rodents at bay, so that you can avoid the aforementioned problems.