Home › Blog › Recognizing the Ticks and Their Associated Diseases

Recognizing the Ticks and Their Associated Diseases

You are taking a walk with your dog, and it very energetic and playful, as it has always been... and on the next day, your pet doesn't feel like drinking or eating a lot. Then, you find out the back limbs are paralyzed. You ask yourself, worried: "Could it be rabies?" Reluctantly, you take your beloved animal to a veterinarian, praying it won't be so (and that your dog won't bite you). 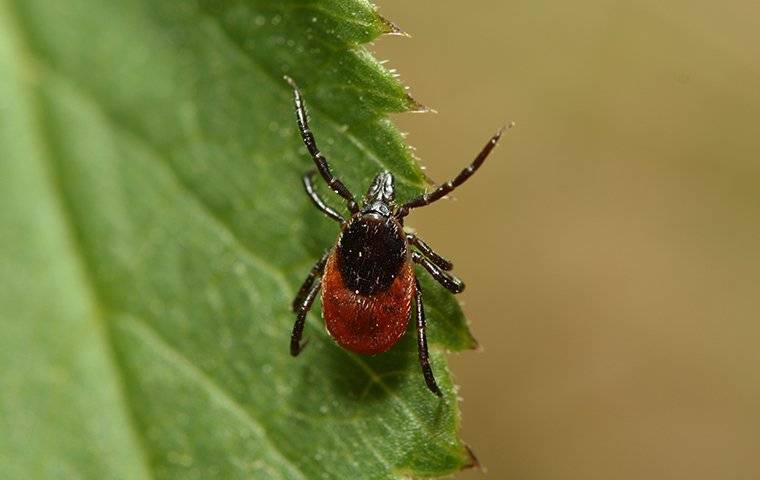 Over the years, folklore has played a big role in defining what we believe to be factual when discussing ticks. It is important when discussing this pest to understand exactly how the parasite is a threat to us and our pets.

Contrary to popular belief, ticks don't jump or flap around in the breeze till they find a host. They are however tiny spider-like creatures that exhibit a tremendous amount of patience waiting for the right prey.

The stages of a tick's life are: egg, larva, nymph and then adult. So to survive they will have to eat 4 times engorging themselves for up to 8 days or more. During this time they will increase their weight by up to 100 times their original weight. They continue to do so until they are full.

Remember their purpose in life is continuing the species. Eating is naturally an important role in their lifespan and this is where they acquire diseases. They feed on one host and then deliver it to the next. That's why Tick Control is so important.

They actually have quite an interesting sensory organ called Haller's organ that can determine small quantities of carbon dioxide, heat and other stimuli. They are then capable of finding areas well-traveled by humans and animals so they can select where to go for a host and ultimately to feed.

Once they locate the potential source of food, they crawl high into the grass, wait for the host to walk by then attach themselves to enjoy their feast. In the mouths of a tick are harpoon-like barbs which allow them to "hang on" to their host. Ticks also produce a type of glue to help their mouths stay in place while they eat. You see, ticks need to have a "blood" meal during each part of their life cycle.

Once a female tick has mated and eaten, they will leave the host. They go to the ground to lay their eggs. Some species lay about 100 eggs while others can lay up to 6000. Once completed the female will die. The male goes through its normal life cycle and will die after it mates.

A dog gets sick when it gets bitten by a tick contaminated by a small organism, which can be bacteria, viruses, protozoa, and so on. This kind of contamination can happen everywhere - walking in the park, in the grass of your garden, or even standing close to infected walls.

A few types of tick disease

There are approximately 16,000 cases a year of Lyme Disease. About 300-400 people a year are stricken with Rocky Mountain Spotted Fever. Knowing what to do and what not to do, can help prevent unnecessary infection. Make sure to contact your local health department if you think you may be infected and practice good flea and tick control.

Always check for ticks in your dog and use appropriate products to get parasites removed. Do NOT crush or burn the ticks by yourself, as they may contain eggs that can remain dormant for up to a year. Therefore, the best way to get rid of ticks is to apply tick repellents to your pet and to use specific chemical agents to destroy the existing ones that live in your dog. When using tick-killers, make sure you talk to your veterinarian so he/she will indicate products that will suit your pet best.

If your dog shows signals of being apathetic, not wanting to eat or drink, and most importantly, any kind of paralysis, consult your trusted veterinarian immediately. Once the symptoms start to show, tick diseases may quickly progress to death, as stated previously. However, if disease is timely remedied, chances are your dog will live a longer, happier life.

Alliance Pest Services offers a wide variety of tick, flea and mosquito programs to ensure that your yard is pest free.  Call today to have your home or office protected today.