Home › Blog › Mosquitos - What They Are and How to Prevent Them

Mosquitos - What They Are and How to Prevent Them 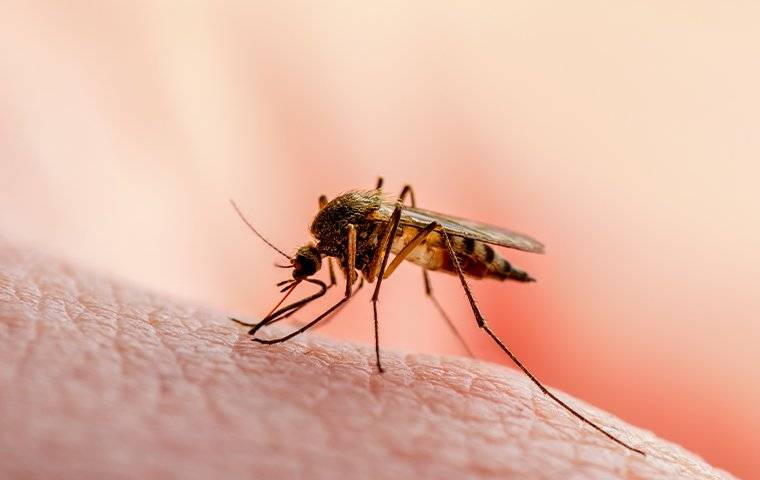 They're a common insect that has the ability to keep people indoors and for others to avoid getting out of the house altogether: mosquitoes. In this article, you'll learn how exactly they live, how they interact, and what you can do to prevent their bites, and even their presence, for good.

Commonly recognized as one of the most nuisances of any insect, Mosquitoes is a blood-sucking pest that many have encountered and unfortunately live with.

Mosquitoes are a member of the nematocerid flies known as the Culicidae. Mosquitoes closely resemble crane flies and chironomid flies. Because of this, casual observers are hardly able to distinguish the difference. Female mosquitoes are the blood-sucking pests we're all familiar with. However, most species of mosquito don't even feed on blood. Furthermore, there are mosquitoes that do not transmit diseases, nor are they responsible for transmitting the same diseases. And, despite what we think we know about a mosquito's behavior, there are some who prefer to attack people in their homes, while others take a liking to people walking about in forests.

There are over 3,500 species of mosquitoes. Some will bite humans routinely, acting as a transmitter for a variety of animal diseases which have been responsible for affecting millions of people every year. Others don't.

Infected mosquitoes are capable of carrying disease-causing organisms and parasites, which can sometimes be fatal to humans. Mosquito-borne diseases can include viral diseases such as dengue fever and yellow fever; malaria, West Nile virus, and Lymphatic filariasis are also transmissible from mosquitoes.

Like all other flies, mosquitoes have four stages in which they go through during their lifecycle: egg, larva, pupa, adult (imago). For a majority of the mosquito species, adult females will lay eggs in stagnant water. Some females will either lay their eggs near the edge of water while others attach them to aquatic plants. This varies with each species.

The first three stages of their lifecycle are aquatic, lasting anywhere from five days to 14. This depends on the species and ambient temperature. Females can lie anywhere from 100 to 200 eggs for the duration of their adulthood stage. A single, successful breeding can bring in a population in the thousands.

Eggs will hatch into larvae, growing until they're able to change into pupae. Adult mosquitoes emerge from pupa, floating to the water's surface. Mosquitoes that feed on blood can potentially have an adult life span that ranges from a week to several months.

Breeding is general, taking place in lakes and other temporary puddles, as well as marshes and certain salt-marshes. Among the mosquitoes that prefer to breed in saltwater are mosquitoes that are just at home in fresh water and sea water. These differences are actually important, as the ecological preferences manage to keep mosquitoes away from humans (most of the time).

With the exception of bedbugs, mosquitoes have one of the most unpleasant and inflamed bites of any insect, which can make going outside a headache.

Because of the body's immune response, you can expect the obvious: visible, irritating, and itchy bites that are due to your skin's reaction to antibodies and antigens that are in the mosquito's saliva.

There are some sanitizing antigens that are commonly all species of mosquitoes, and there are others specific to particular areas. Resulting in these antigens are what is known as hypersensitive reactions (labeled as type I and II), and delayed hypersensitive reactions (which is a type IV). Nonetheless, both of these reactions have the same, unpleasant result: itching, swelling, inflammation. The time span of these bite symptoms can last anywhere from a few minutes to a few days.

For treating mosquito bites, there are a variety of commercially available medications at your disposal, including oral medications and antihistamines.  To prevent coming in to contact with mosquitoes, you can use repellents which can give a short-term protection against the pests.

There are several different methods which can successfully control mosquitoes, depending on the current situation. The most common methods used include the following:

Source reduction: Eliminating the breeding places of mosquitoes involves the removal, level, drainage, and filling of breeding environments. Water management plays a big role in the removal of mosquito populations. For example, removing stagnant water can significantly reduce (or altogether remove) mosquitoes from your area.

Bio-control involves the importation of the mosquito's natural predators, such as the dragonfly. Small fish, such as guppies and Banded killifish could possibly be worth introducing into ponds, lending a hand to population control.

Insecticides, which are used to terminate larvae and adults.  Mist blower applications around the property and landscaping will reduce the population of adult mosquitoes around your home.

And finally, exclusion, which is the process of using mosquito nets and window screening. This is the most effective reduction measures for those who live in residential areas. These nets are capable of selectively killing insects that are prone to attacking humans without interfering with the general ecology of the surrounding area.

For all your pest and mosquito problems around your home and property, call Alliance Pest Services to learn more about protecting your home today and keeping it bug free.