Mosquitoes and the Zika Virus in the State of New Jersey

Zika virus is not strange, as it has been largely confined in the tropics of equatorial Africa for a long time where it predominately circulated between wild primates and forest-dwelling mosquitoes. Actually, the virus was first discovered in a Ugandan forest called Zika in 1947. This was when it was discovered came from an encaged sentinel monkey. 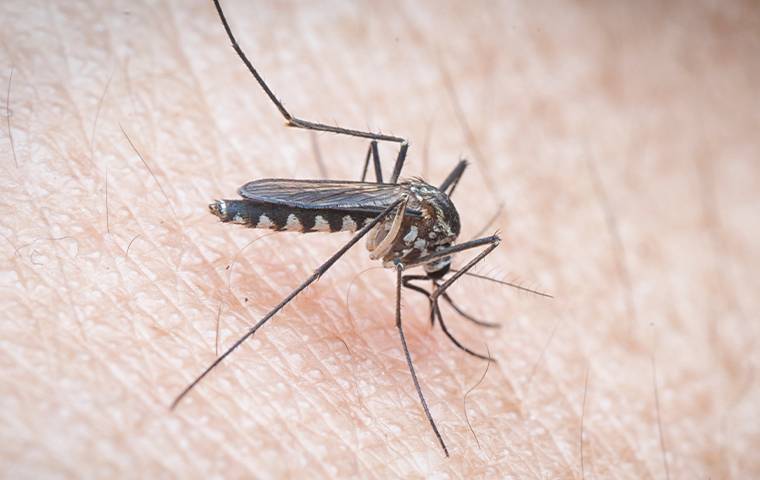 Although the virus had been known to have been in existence since from that time, it has hardly affected the existing human populations even in areas that are believed to be prevalent. No doubt, the current reemergence of the virus around the world is truly extraordinary.

Generally, the greatest factor responsible for the spread of the Zika virus is human activities. This has led to rapid increases in the movement of goods and people due to the swift changes experienced in land use and globalization.

At present, the rate at which the Zika virus is going berserk has forced the World Health Organization to classify it as a “global health emergency” while predicting several million infections. Zika, which used to be endemic, is now on the rampage, spreading like wildfire.

Due to the rapidity and frequency of air travel by humans, the virus has refused to remain confined in a particular continent. Zika, which is commonly transmitted by mosquitoes, is currently being greatly distributed by humans. An individual can be bitten by a local mosquito that has the ability to replicate and transmit the virus, and then fly to a distant country within the shortest possible time. This is how a new area can become locally infected since the incubation period can only last for several days in humans.

However, the Zika virus can only be transmitted by a handful of Aedes mosquitoes. As primary vectors, the yellow fever mosquitoes are the most vector competent for the virus. The highly invasive urban species, (Aedes aegypti) are able to affect a wide geographical area because their eggs can stay dormant for months in little containers.

As these mosquitoes continue to grow abundantly in Zika infected areas, there is no doubt that humans are the major cause for its widespread even when mosquitoes are responsible for its transmission to humans.

At the moment, the vulnerability of Zika virus in New Jersey is yet to be determined. As a member of tropical species, Aedes aegypti is commonly reported to be found along the Gulf Coast. Although there are no established populations of the yellow fever mosquitoes in New Jersey, the Asian tiger mosquitoes (Aedes albopictus) are quite rampant.

These mosquitoes have shown possible signs of becoming potential vectors in some locations. Like Aedes aegypti, Aedes albopictus prefers to reside in small containers that can hold water such as pots, tires, gutters, bird baths, etc. As invasive species, these mosquitoes are known to preferentially feed on humans especially when they are in close proximity to people in urban centers.

Although the Zika virus is yet to spread in the continental United States, however, as the weather warms, there are high tendencies that it will change. Several recent developments are now increasing concerns over the health condition of New Jersey.

Initially, public health officials were optimistic that the little critter, Aedes aegypti, which is the main culprit would only appear in isolated pockets if it were to be introduced over the summer. However, this optimism has turned out to be wrong as a sizable expansion of its natural habitat has been reported by the Centers for disease Control and Prevention. By implication, the species can comfortably breed throughout New Jersey.

So far, Puerto Rico is known to have the largest outbreak of Zika virus in the United States territories with about 700 locally transmitted cases as against to acquired elsewhere. Recently, the Guillain-Barre syndrome which is also a form of paralysis that is caused by the virus is known to have affected five people together with one elderly man.

Since the State of New Jersey is known to rank third among states with high Puerto Rican population, some health officials have predicted that is state may most likely to be venerable to an attack as it could be introduced by people who may be returning from Puerto Rico.

Many health scientists are predicting that once the weather gets warmer, the Zika virus could become prevalent in New Jersey because it is usually in May when most mosquito larvae begin to hatch. By July, the females would have attained the stage in their reproductive cycle when blood meal is often required from a mammal for growth and sustenance. However, not all mosquitoes are bothered about humans.

Unfortunately, most people may not even realize that they have been infected as the symptoms of the virus are not severe as they include, rash, fever, joint pain conjunctivitis. One of the major areas of utmost concerns is that of pregnancy among women. Due to the possibility of obtaining poor pregnancy outcomes, a proper campaign needs to be carried out to curtail the impact of this virus.

Through a solid mosquito control management, the population of the mosquito community in New Jersey can be drastically reduced. However, since most people have screens on their doors and windows and there is also a common use of air conditioning, this will also help to prevent an outbreak.

Alliance Pest Services can help protect your home and yard from mosquitoes, ticks and all other pest types.