Mosquitoes have become as much a part of summer as backyard barbecues and days at the beach. Unfortunately, these pests are often more than annoying — they can transmit potentially deadly diseases. There are ways to keep your family comfortable and safe from mosquitoes this summer. Find out how now! 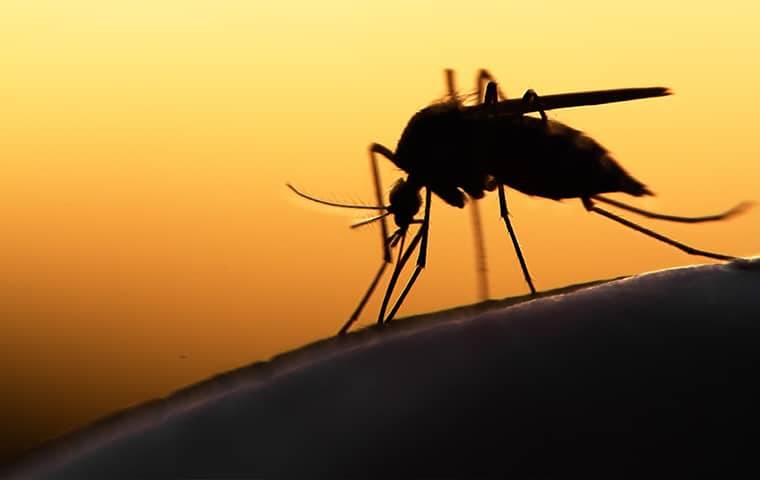 Viewed by most people as ‘nuisance pests,’ mosquitoes feed on blood from mammals, including humans. They are found in many areas of the world, with more than 3,500 documented species. Some scientists say complete elimination of all mosquitoes from the planet would not have much of an ecological impact.

Though mosquito larvae are a favorite food of fish (and other aquatic animals), as well as birds, bats, dragonflies and spiders, they are not a primary food source.

Mosquitoes usually live and thrive in stagnant (sometimes called ‘standing’) water, but have also been known to frequent marshy and muddy areas.

The potential for mosquito transmission of deadly disease has become a major concern for many people. These pests are known for transmitting several diseases, including:

It is important that people, especially children, know of the potential dangers in intentionally allowing a mosquito to feed on their blood.

Other Effects of Mosquito Presence

Aside from the dangers of potential disease transmission, mosquitoes are known to leave an itchy bite which, if not treated, can soon become an uncomfortable situation. Kids, especially, have a tendency to scratch mosquito bites sometimes until they see blood. This can cause long-term scarring in children and some adults.

There are many ways to reduce or prevent a mosquito infestation. This includes things that most people can do on their own (such as removing stagnant water, installing mosquito screens, or killing visible pests by hand or with repellant products such as deet), as well as tactics that a trained professional may use, such as introducing a known predator (such as dragonflies) or treating affected areas with pesticide.

To decrease the potential for a mosquito infestation, homeowners may want to dispose of tin cans, plastic containers and other areas that may contain water and become areas where these pests may wish to lay eggs. Mosquitoes also thrive in clogged roof gutters and unused swimming and decorative pools.

A recent health concern has been raised with the use of deet in that it may be possible to create harmful respiratory troubles in children and pets. There is also a growing concern about misuse of these products, particularly amongst teenagers and young adults. Even when used as directed, aerosol repellants can leave behind a sticky residue that can become uncomfortable and unpleasant.

If an infestation becomes too much, you may wish to contact a qualified professional who can not only assess the current situation, but take steps and make recommendations to help you avoid a possible infestation in the future.

The courteous and professional staff at Alliance Pest Control is always available to answer and address your questions and concerns.