Insects You Can Expect to Meet in New Jersey
Insects are some of the most annoying and difficult pests to control. They fly, crawl, bite, sting, chew, cut, pollute, deface and much more. I’d there was, insects would belong to Class A among pests. 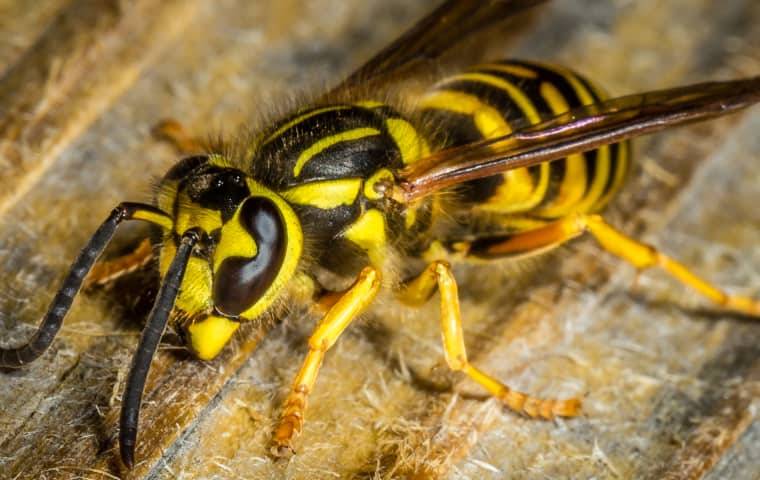 Insect populations vary with location all around the world. Some species thrive better is some areas than they do in others. This occurs due to differences in climate, terrain, lifestyle and so much more across the places worldwide. New Jersey is not left out.

This is a guide to insects peculiar to New Jersey, since it is easier to fight what you know, this should make it easier to combat them.

The only good thing about bees is that some of them produce honey, and that’s where it ends. The pestilence they constitute begins from the sound they make when gathered in a hive. Their sting is also extremely painful – and since they sometimes attack together, they can end up killing their victims or creating serious health complications that can be very expensive to take care of.

Repelling agents can be used to prevent an infestation but where the deed had already been done, the best bet is to call an expert.

Whole bees are generally usually docile and non-engaging unless bothered, wasps are the exact opposite. They are aggressive and can sting multiple times. It goes without saying that they are extremely dangerous. They, like bees can hive in corners anywhere in the house from the attic to trees and stair wells. They are easily provoked and wherever their infestation is discovered, a professional should be contacted immediately.

Trying to handle them alone could succeed, it could also fail and result in a worse situation that existed before. To be on the safe side, an exterminating service needs to take a look at a wasp colony and handle its removal.

Sometimes described as a kind of wasp, hornets are also similar in behavior to wasps. Aggression combined with extremely painful stings and unwelcome habitation of people’s homes. Yellow jackets have the traits too, and can be easily identified by the symbolic yellow jackets. They are all members of the stinging insect’s society and should always be handled by certified professionals.

Termites in NJ, just like their siblings elsewhere cause millions of dollars of damage to properties every year, they are more threatening to plants and furniture than they are to people. Anything made of wood or containing wood is not safe as long as termites are around.

Termites are the works leaders in wood damage, and their title stays defended in New Jersey homes. But following closely behind are other insects that do not give wooden structures any respite. Carpenter bees, Carpenter ants and powder post beetles are the dreaded wood munchers. Carpenter ants have always been known to threaten the Integrity of wooden structures by attacking them at key points – sometimes even collapsing buildings. Their cohorts do not shy away from the destruction too, attacking wooden floors, furniture and so much more with their destructive tunneling and charting courses through the wood in people’s homes.

Controlling them is best done via prevention in the form of wood treatment, but when the deed is done, thankfully experts exist in New Jersey to take care of the situation.

Insects that feed on the blood of humans and animals fall into this category. Mosquitoes, ticks, bed bugs and fleas are the most prominent ones native to New Jersey. Mosquitoes carry a wide range of diseases as do the rest of them coupled with irritating bites that can often lead to swelling and the diseases they carry can even kill humans. Some of them (like fleas and ticks) also attack pets in the home and cause them to behave erratically due to the pain of the bite. Some of them even develop sicknesses.

Control is by preventive measures which includes keeping the environment tidy at all times, reducing vegetation around the house, monitoring where pets go to. An observed infestation should be quickly reported to experts because biting insects are extremely dangerous.

Cockroaches are the most feared household insects that can be encountered in NJ. They trigger allergies, they are asthma stressors and they contaminate food supplies by bringing bacteria from just about anywhere into food. They can be controlled using insecticides, but they usually have colonies that are better handles by exterminators.

On the overall, insects are the most common species in the planet and they are also some of the most dangerous. There are reportedly 200 million insects for every human on earth – scary figures when we consider the amount of damage one can do.

To live insect free in New Jersey, it is important to know what to expect.  Alliance Pest Services has all your pest control plans and solutions to ensure you and your property are pest free.