Home › Blog › How To Protect Yourself From Insects That Can Be Found In Firewood?

How To Protect Yourself From Insects That Can Be Found In Firewood?

Every time we bring firewood into our home, we may also be bringing in some insect along with the firewood. There are so many insect (arthropods) that inhabit in firewood. The good news is that most of the insect are harmless insect, i.e. they don’t pose any danger to human, they feed directly from the woods or they are nesting in these woods. 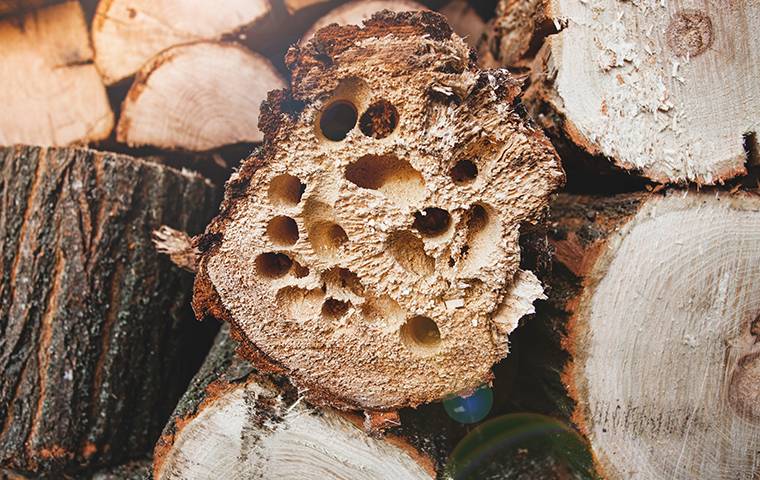 The best way to avoid these insect from entering one’s home and causing a nuisance is to leave the firewood outside your home until you are ready to burn them or use them. Attempting to use insecticides or pesticides on these woods might not be effective as the insecticide would not get deeply into the wood to kill the insects. In fact, I strongly advise against the use of insecticide on woods you’d be using in your homes because by the time you burn these woods, it can be hazardous and poison the air around your home which can be fatal. Whenever you suspect that an infested wood has been brought into your home and the insect are spreading, you should immediately call a local pest control service to manage the situation.

Insects That Can Be Found In The Firewood

A few other types of pests that can be found are wood roaches, rodents and more.

How To Prevent Insects In Your Stored Firewood

First and foremost, you need to dry your woods as soon as possible, because the drier the wood, the harder it would be for the insect to burrow into the wood.

You should harvest your trees during winter; this is when these insects and beetles are less active.

You should immediately evacuate the woods you cut because the insect like to infest these logs and you should cut the firewood into smaller bits because the more surface exposed to the atmosphere, the faster they dry.

Firewood should be covered to keep moist out, and they should be stored off the ground. When storing you should keep in mind that it need air for easy and quick drying.

Avoid treating woods with pesticides. Most of these insects and beetles burrow way deep into the firewood and the pesticide would have little effect on them and like I have said earlier on burning this firewood already sprayed with pesticide can cause toxic fumes and are often hazardous to the human health.

Alliance Pest Services has pest and insect programs to ensure that your home, condo, apartment, office and buildings are pest free.