Home › Blog › How To Know Which Insect Stung You

How To Know Which Insect Stung You

Insect bites are inevitable, and sometimes, they can be particularly disturbing. In addition, we rarely find out which insect stung us. Sometimes the sting hurts, or you may feel itchy, or the sting has caused edema. This article contains a list of insect bites for you to know which insect has attacked you. Research has been conducted to show you which stings, or bites are caused by certain insects. 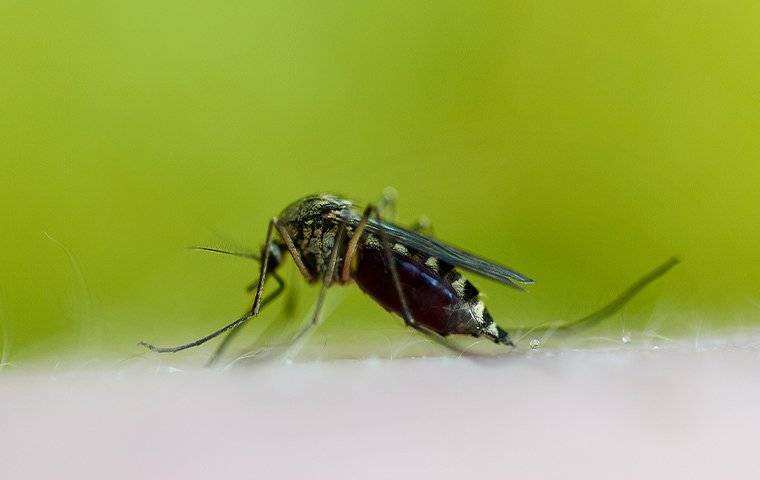 Mosquito bites cause reddish swelling the size of a small berry. This happens frequently in uncovered areas of the body. Mosquitoes bite where the skin is thinner, making it easier for them to reach the blood vessels. By pricking, they inject saliva into the wound, which contains anticoagulants (which make the blood more liquid). This produces swelling, redness, and itching.

In the face of a tick bite, the body reacts with a red stain on the area of the sting. The insect can stay for a long time stuck to its victim, feeding on its blood and increasing its size.

The worst thing about this is that ticks transmit to humans, encephalitis, Lyme disease (also known as Lyme borreliosis) and many other diseases. If after the extraction of the insect, the red spot on the skin does not disappear and has even increased in size, consult a doctor quickly.

The flea bites may be confused with an allergy or mosquito bites since a red swelling appears on the skin and is very similar to that produced by mosquitoes. But, unlike these, fleas sting with force, their sting is painful and the itching stronger.

Fleas usually sting the legs, but if the person is sleeping, they can be stuck on any part of the body. An insect can bite a person many times. That's why the distance between two bites is usually one or two centimeters. Fleas transmit many diseases that are dangerous to humans.

When a bee stings you, it usually leaves its sting inside the wound. It must be removed carefully. Generally, the skin blushes and can swell. The victim experiences acute pain and a burning sensation.

After a while, you may also experience a strong itch. If you are not allergic, the pain will go away quickly. But if you are allergic to bee venom, you can develop respiratory problems and it is necessary to call for help as quickly as possible.

The symptoms of the sting of a wasp are similar to those of a bee sting. Red swelling also appears at the site of the sting, the pain and burning sensation are intense, and then become unbearable a few seconds later. The sting may even bleed. The wasp can bite a person several times. Just as in the case of the bee, it is important that you are not allergic to the venom of this insect since it can even cause anaphylactic shock.

At the location of the hornet sting, redness and severe swelling of the tissues will be visible. Blisters can also appear. The person will experience acute pain, more severe than that caused by the sting of a wasp. Since Hornets are larger than wasps, their venom is more toxic. It contains histamine and acetylcholine.

If after the sting of a hornet, the victim is cold in his limbs, if his ears and his lips become blue, and if it has difficulties to breathe, it is necessary to consult a doctor immediately.

The majority of ants are not dangerous to humans. However, the fire red ant can cause problems. Around the area of its bites, it forms pustules which then leave room for scars. The venom of these ants contains toxins and the person can develop a strong allergy or anaphylactic shock.

The sting of the harmless redwood ant resembles the bite of a mosquito. A pink spot appears on the skin, and it will cause an itch. At the time of the bite, the person will feel a burning sensation, as if boiling water had been poured on his skin.

The horsefly looks like a big, corpulent fly. This insect can severely bite humans and suck their blood painfully. Initially, at the site of the sting, a small red spot with a diameter of about one millimeter is visible. Then, the swelling and itching appear. The horseflies transmit various diseases such as tularemia and anthrax. Fortunately, these insects generally prefer cattle to humans.

If you observe little reddish dots similar to mosquito bites where hair and hair grow (on the head, in the neck or behind the ears), then pubic lice or head lice are responsible. If you find these points in the back, stomach, arms or legs, body lice are responsible. The stings are centimeters apart, and you can see the trace of the puncture at the place of the bite.

Lice can transmit serious diseases, such as trench fever and typhus.

At first glance, bed bug bites look like fleas, mosquitoes or an allergic reaction. On the skin, swelling and redness may be seen, and the victim will experience severe itching. However, it is possible to recognize the “work” of bed bugs. Indeed, the bites are very close to each other, which looks like paths that remain on the skin. In addition, sting bug is more painful than mosquito bites. These paths can be seen the next morning: indeed, insects hunt during the night.