How To Keep Bats Away From Your Monmouth County Property

Bats are fascinating animals and are associated with many myths, including that of the vampire. They are also known for their ability to cause disease. However, while bats might not be actual monsters, they can still cause problems for property owners in Monmouth County, New Jersey. 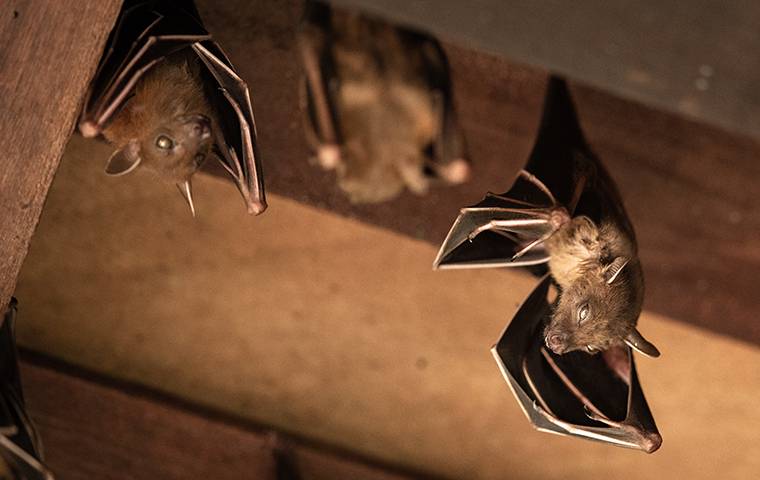 There are around 1,400 species of bats found throughout the world, and 40 or so of these species are in the New Jersey area. However, two species are most likely to invade area buildings. These are the big brown bat and the little brown bat.

Both of these bats are a chocolatey brown color and have grayish or black wings. They also have relatively large eyes and rounded ears. The main difference is that big brown bats are around five inches long while little brown bats only reach about two inches long.

In order to help you keep bats away from your property, this guide has everything you need to know about why bats come around and what you can do to prevent them.

Bats are mainly attracted to a place because they are searching for food. Bats are nocturnal, and they wake up at night to hunt their prey, including many species of insects such as mosquitoes, beetles, moths, and gnats. Because of this, bats are most likely to be found around homes or businesses that have infestations of small bugs.

Once bats get onto a property, they look for places to rest. They sleep while hanging upside down during the daytime, so they need places to dangle from, such as rooflines and eaves. If they find an easy way inside, they will also nest inside sheds, garages, or even attics.

How Worried Should You Be About A Bat Problem?

Bats can be a two-fold issue because they can cause property damage and pose health risks. While they aren’t aggressive, they will defend themselves, and it is possible to be bitten. This is a problem because bats can transmit rabies, and they are also known to carry other diseases, including the bubonic plague. Because of these reasons, having bats around isn’t safe.

Also, bats can cause issues as their feces, known as guano, builds up. This slippery substance can become a safety hazard and also cause damage to the side of buildings or the interior, and it can be difficult to clean. This guano can also be dangerous as it releases a spore called histoplasmosis, leading to a fungal infection in some cases.

And, even if you only have bats around your property and not inside the home, they can still pose health risks.

While bats aren’t looking to attack, trying to remove them is when you’re most likely to be bitten. Bats can be difficult to remove using DIY attempts, but there is one safe and effective way to remove them from your property.

The experts at Alliance Pest Services have the experience needed to get rid of these pesky animals and to help keep them from returning. With 30 years of experience, you can rely on our expertise. Just give us a call today to learn more.