Countless numbers of pests migrate within and between states every year, and yet we do not know much about the immediate cause and real reasons that will explain these mass movements. Here, we suggest that perhaps the main reason for this migration is to outlive the freezing winters. By moving to warmer temperatures. We hope that as technology advances, tracking systems may enable the surveillance of pests and even give us a clear idea of why some move to the West Coast and others to the East coast. 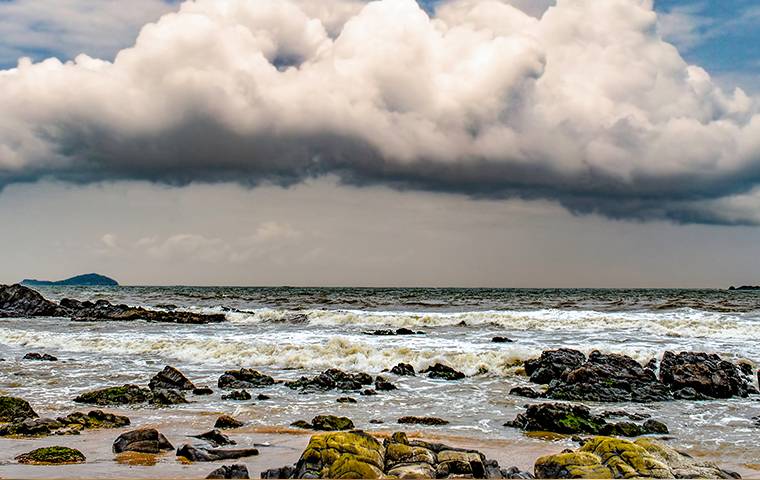 Are you looking forward to spending some time outdoors or opening your doors and windows to enjoy a warm breeze? You may get more than you bargained for because pest season is almost upon us. As temperatures rise throughout the United States in the midst of the effects of this last winter's El Nino -- pests will become even more vigorous, irritating and unwavering. Plus, you might not know this, but destructive pests may already be living in your home.

The indication from previous years shows that El Nino conditions considerably increases pest populations. For example, in 1982-83, the number of encephalitis outbreaks rose higher because of larger-than-normal mosquito numbers. Also, a skyrocketing rodent population was the reason for increased occurrences of numerous diseases that were transmitted by the pests and their parasites; including bubonic plague, Hantavirus and Lyme disease.

El Nino is known to be responsible for this winter's record mudslides in the West and snowfall in the East. Ants, termites, and other insects thrive in humid weather conditions as the weather gets wetter and warmer-- a lot of insects start to swarm in search of shelter, food and mates. This situation gives rise to indoor infestations where the property is destroyed, and lives are made extremely uncomfortable.

Did you know that if you live in the East coast, your insect problem might increase exponentially because of the weather in the West Coast?

Colder-than-usual temperatures have been known to hit many areas of the Western coast, and this can sometimes be severe and unbearable. Have you ever wondered where the pests and insects go when the weather turns cold? And how do they seem to reappear when the temperature is warmer?

Of course, the pests don't just vanish and mysteriously reappear when it’s warmer. Each species has a way of dealing with the cold weather. For example, the monarch butterfly from the east of the Rockies will migrate and end up into central Mexico, where they gather in the mountain highlands near Mexico City. While the monarch butterflies from the west of the Rocky Mountains travel to an area near Santa Barbara, California. These are by nature true migrating insects because they return every year after going south for the winter. Also, other pests like milkweed bugs and leafhoppers handle winter by heading south, the difference is that the returnees are different from the original migrants.

Several insects stay back in the West Coast all year round and utilize different methods for survival. Insects like cluster flies, ladybird beetles (ladybugs), elm leaf beetles and boxelder bugs live out the winter by moving in with humans and making homes in attics, voids, and other out-of-the-way places.

Effect of the West Coast Weather on the East Coast’s Pest Population
While some people look at the snow as a blessing to drought-stricken parts of California, it also the beginning for heavier-than-usual pest infestations in the East Coast. Scorpions, spiders, termites, beetles— all can flourish very well when the dry ground is flushed with water.

Snowballing temperatures contribute to pest expansion or migration for a range of many organisms. In the case of the West Coast, this generally means that a great number of pests will move to the North and East. Typical annual weather temperatures have been known to surge by up to 4.5 degrees Celsius, and the winter temperatures could rise to 2.4 degrees Celsius. This will inevitably result in a rise of new pests as the lifespan of most species is historically limited by freezing winter weather.

Warmers temperatures have been known to boost the survival of several frost-sensitive pests. Rising temperatures also allow for a greater rate of reproduction and growth pests and insects numbers. Studies on moths and aphids have shown that rising temperatures can allow pests and insects to reach their lowest flight temperature faster, helping in increased dispersal abilities. Several studies have also shown the northward and eastward increase or movement of pests like the mountain pine beetle or Edith's checker spot butterfly; which correlates with increasing temperatures.

One of the best ways to be ready for and manage any expected increase in pest activities is to work hand in hand with a professional pest control operator (PCO) to recognize potential pest infestation areas in or around your property. A professional pest control operator will work with you to create a cost-effective plan that will help control pests. They will also offer simple ideas and environmental make-overs that you can implement in and around your house to discourage any pest activity.