Some folks enjoy having rodents as pocket pets. But it has become so imperative to know that these small animals do certainly have their drawbacks despite being such enjoyable companions. Along with the property damage and unsanitary conditions, rodents can cause in the home, it is important to note that there are certain health risks that can be involved in a rodent infestation.

No matter how well-bred a pet mouse or rat is, it is still very much possible to contract diseases that can affect everyone within the home. Basically, these diseases are spread through their droppings and urine. These droppings can lead to the spread of diseases, viruses, and bacteria which can cause allergic reactions and even lead to food contamination. 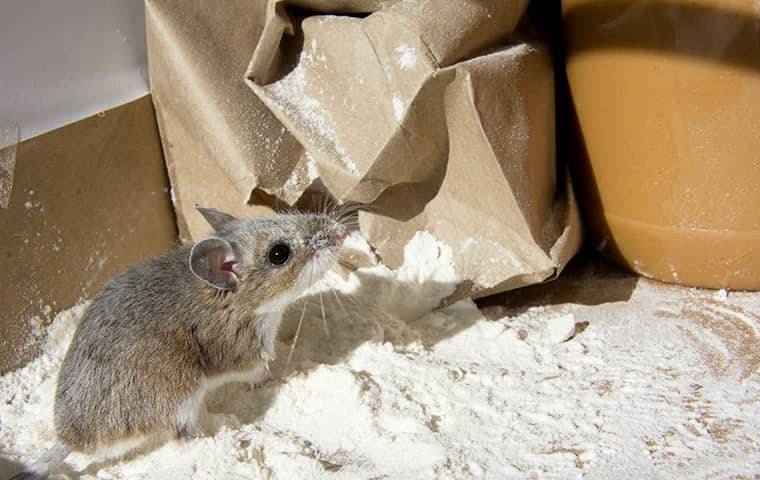 Some of the dangers rodents can cause to the home and health of their owners include the following:

This is one of the most commonly known diseases caused by mouse droppings affecting humans. Rodents are the main carriers of this life-threatening disease. The cotton rat, rice rat, white-footed mouse, and deer mouse are the most common kind of mice and rats that are known to spread this disease. Also known as HPS, Hantavirus Pulmonary Syndrome is a rare but deadly disease that is caused by Hantaviruses.

This is a severe kind of respiratory disease that is mostly airborne particularly in the spring. People become infected either through inhalation or exposure to infected saliva, droppings or urine. This infectious condition can prove fatal in several cases. There is a very high probability of getting infected particularly for those living near and within areas where rodents are particularly active.

The easiest way anyone can become infected is when they touch their mouth, nose, or eyes with a hand contaminated by the virus. A mouse or rat bite is another risk factor by which anyone can get affected. The symptoms of this rodent virus causing illness include vomiting, dizziness, stomach pain, diarrhea, chills, severe muscle aches, fatigue, nausea, headache, and fever.

Caused by the bacterium called Yersinia pestis, bubonic plague is an infectious fatal epidemic disease that is mostly being transmitted by rat and mice. Humans can contract this bacteria when they get bitten by infected rodents. It is also important to note that fleas can enhance the spread of this disease when they come in contact with and feed on affected animals particularly rats.

In some rare cases, a person can also be infected or acquire bubonic plague from certain materials used by an infected person such as a piece of contaminated clothing, leftover food, etc. Apart from the bite of an infected rodent or flea, it is important to note that this plague can get into the human body through an opening in the skin. However, it’s good to know that this infectious disease can be rarely spread from one individual to another.

The plague is known to affect certain parts of the lymph system known as the lymph nodes. This is the areas of the body that holds the major components of the immune system including organs like thymus, spleen, adenoids, and tonsils. All these make up the lymphatic system which tends to become inflamed when the body is affected by the bubonic plague.

When a person is affected by this disease, he or she will develop certain flu-like symptoms such as weakness, chills, headache, and fever within 3-7 days of exposure to the bacteria. Buboes (the swelling of tender lymph glands) are also a common symptom associated with the plague.

This is a bacterium that is commonly associated with rodents that can also cause food poisoning. Salmonella can be contracted from a pet mouse that has discharge leaking from its nose and eyes, or experiencing runny stool or diarrhea or is generally lethargy. The droppings of infected mice and rats are major sources of this transmittable disease. Anyone who ingests the waste can become infected. Most people with weakened immune systems, as well as young children, are vulnerable to this potentially fatal disease. Some common symptoms of salmonella include typhoid fever, gastroenteritis, and food poisoning.

LCMV for short is a common rodent disease that causes a malignant tumor in a lymph node. Humans tend to be affected by this virus when they ingest food that is already contaminated or by inhaling dried particles of an infected rodent’s urine or droppings. The Lymphocytic choriomeningitis virus is commonly spread by domestic rats and mouse.

LCMV is particularly mistaken for flu due to its flu-like symptoms which include fatigue, fever, cough, muscle aches, and vomiting. However, with time, they tend to degenerate into confusion and stiffness in the neck. The only way to confirm this condition is by performing blood tests.

Leptospirosis which is caused by spiral-shaped bacteria spirochetes of the genus Leptospira basically affects the kidneys and liver. This is an infectious disease that is caused by domestic pet animals like rodents but generally affects human beings. This form of bacteria which is found in the droppings of mice can cause chills, vomiting, and high fever when contracted by humans.