Home › Blog › Cold Weather and Pests - What to Look Out For

Cold Weather and Pests - What to Look Out For

Pests are generally undesirable in the home (or anywhere else for that matter) for more reasons than one, they are eyesores and they create one. They bring in their wake, diseases, destruction of different scales and we always look for ways to get rid of them. As the seasons change, different situations begin to play themselves out and pests are one of these situations. 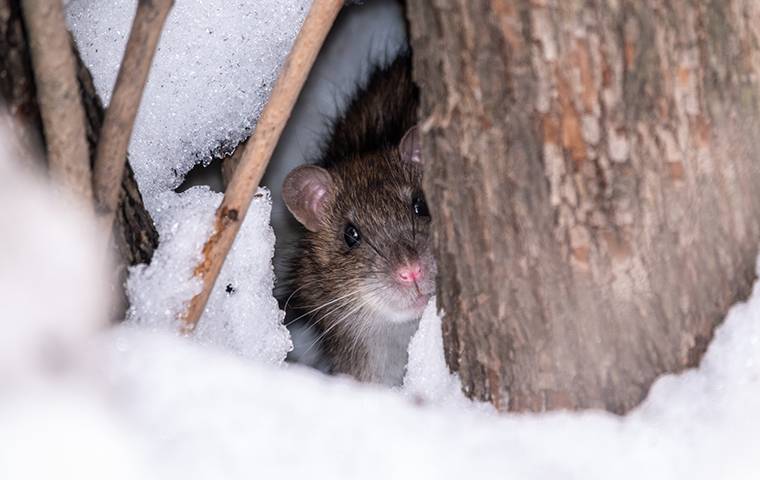 Typically, during cold weather, people usually intend to spend more time indoors than outdoors so they are pretty much increasing their exposure time to these pests.

Due to their nature, most macroscopic pests find it hard to thrive properly during cold weather and as such they either go into hibernation while the season lasts and some of them do not even survive it. While it is true that pests tend to die off when exposed to elongated periods of cold weather, there have been several explanations as to why this is so and why it is a welcome development, however, much is not usually said about those few pests that seem to revel in the cold weather and continue to wreak havoc as well as they did when everywhere was warm – or worse, even.

There are two important classes of pests when it comes to bugging you during cold weather and they are rodents and insects. There are many different animals under these two categories – some of them more dangerous than others, but ultimately they are all pests and are not welcome.

As mentioned earlier, as the temperature drops, humans tend to spend more time indoors – but so do rodents too and a host of other mammalian pests. Since it gets too cold outside, they also want a feel of the warmth within the home and they bring in their wake all the expected pestilence. Rodents are associated with a wide variety of illnesses from minor ones to very serious and life threatening conditions like Lassa Fever caused by mice native to West Africa.

Other ones like squirrels can cause extensive and expensive damages to your home and properties, excreting and peeing on clothes, destroying insulation, damaging wooden parts of the home, ruining appliances and fittings by biting and chewing wires and connection points in the home – the list is endless. There is also the matter of the health hazards from their droppings.

To cap it all up, they are noisy, noisy enough to disturb your peace and bedevil you while trying to sleep at any time. This is also a way of identifying what you are battling. If the noises occur mostly at night, then you most probably have a mice infestation; if it happens mostly during the day, then you are likely being plagued by squirrels; if you hear the sounds at all times – then the worst has happened, you most probably have both.

Setting up mouse traps is a time-tested means of culling existing rodent populations while blocking off holes and crevices will help to ensure that they do not make any unwanted comeback. Calling a professional exterminator is the best of all these ways. There may also have to be changes made around the home like controlling vegetation

Flying and crawling insects alike have species that do not seem to be daunted by the weather. Cockroaches can reportedly survive exposure to nuclear material, so surviving cold weather is practically nothing to them. There are other insects like them that can crawl or fly around to contaminate food, water sources, and sometimes the human skin itself.

Clothes, furniture, fittings are in for a torrid time at the hands of these elements like earwigs, carpet beetles, silverfish and more. Others like roaches and meal moths go after the food supplies.

Ants, beyond spreading diseases constitute a major eyesore due to how they move in groups; some of them even bite and leave irritations on the skin.

There is also the small matter of the world’s most renowned killer – mosquitoes – while they are not found everywhere; they exist in different species around the world spreading different diseases or different variations of the same disease. From their flagship malaria to the equally appalling zika virus and a handful of other diseases, mosquitoes keep spreading their venom all year round.

There are some that do not constitute much harm in itself, but will still sneak into the home to escape the cold, like millipedes, centipedes, spiders and the likes. They do no cause extensive damage in itself, but it’s not their house nonetheless and as such they are not welcome.

Controlling insects can be very tricky and you might need to employ the services of a professional exterminator to effectively handle the situation. Light infestations can be controlled with over-the-counter products.

To prevent these pests, a couple of changes need to be made: vegetation around the house may need to be reduced, leaving food out for pets can also invite pests and needs to be discontinued, repellants may also have to be utilized in some cases.

There are many other pests that can take advantage of the cold weather to get into the home and wreak havoc, the key to handling them is vigilance and prevention.