Home › Blog › Birds That Can Be A Problem In Homes & Buildings

Birds That Can Be A Problem In Homes & Buildings

In a bid to find a new place to call home and create a nest, many birds would migrate from the south especially in the springtime in search of places that can protect their young and provide ample shelter from the elements of weather. As a matter of fact, this so-called “home” can mean bird damage to your chimney, shed, garage, deck, attic, soffit and other areas on your property where birds can easily get into. Just so you know, bird damage can become extensive and very expensive to repair if left untreated. Depending on the location, there are many different types of birds that take up residence around a property which can turn out to be a very serious problem. 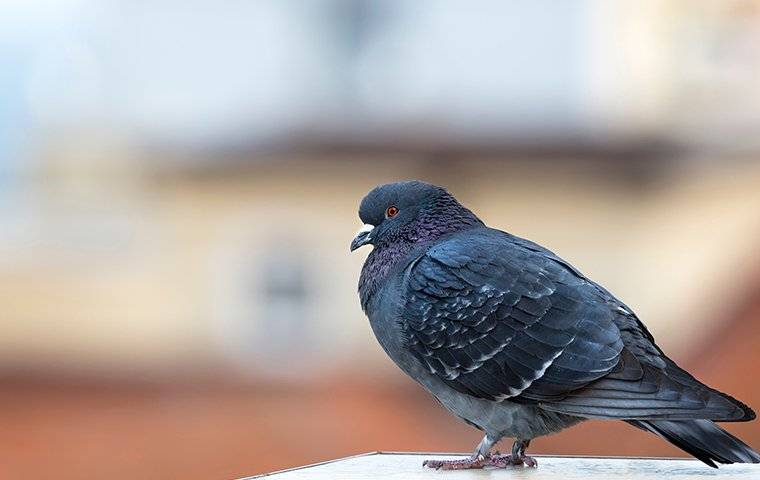 Here is a list of some common damage-causing birds:

Owls are rarely seen during the day, as they are mostly adapted for silent nocturnal hunting. As an indication of their presence, owls are often fond of leaving behind remains of their nightly kill. Owls have the capacity to become a nuisance. They target small livestock and pets as food. When nesting in unwanted places, they are often known to come into conflict with humans. The barn owl and the great horned owl are the most widespread species of owls.

Pigeons make up one of the world’s largest species of feral birds. In a bid to find suitable substitutes for the natural cliff ledges, pigeons are typically fond of roosting on bridges, rooftops, and window ledges. Apart from providing shelter, these alternative cliff ledges can also serve as their nesting sites. These birds are common both in cities and suburban communities. Generally known as indiscriminate feeders, these birds can eat virtually any available food source ranging from handouts and human waste to seeds and grains. Pigeon droppings can kill vegetation and corrode buildings. These birds can also carry several parasites including ticks, fleas, and mites.

Ravens are often associated with death and so they are commonly viewed as bad omens. These birds which can be found just about everywhere in the world are famous for eating carrion. However, they also consume crops which can be harmful to farmers. They prefer to congregate in open landscapes. Ravens can establish nests in both suburbs and cities. In their quest to find new sources of food, ravens can find their way into yards and prey on grains and livestock.

Those little weaver finches you find in the attic may well be sparrows. These birds are good at making nests in the garage or attic. They sometimes cause damage in homes by pecking at interior insulations found in the attic. House sparrows were initially introduced to control the spread of insect infesting on agricultural products but they soon turned out to be infesting on the same crops they were called to protect. Sparrows do not harm humans directly but their droppings are capable of causing serious illnesses especially if they come into contact with them.

Starlings are commonly found in urban settings where they flock in great numbers. These invasive species are generally known to be indiscriminate feeders. Upon gaining entry into buildings, starlings often target spaces such as signs, crevices, building rooftops, and attics to nest and roost. As a result of their excessive droppings, these pesky animals are notorious for causing significant damage to machinery, property, vehicles, and buildings. Starlings are destructive and highly obnoxious.

The bulk of Hawk damage is caused by the predatory nature of the bird. Hawks can be very aggressive and overprotective to humans especially when they come close to their nests. These birds are capable of causing injury with their sharp talons and often pose a threat to livestock and small pets like birds and mice. Though they rarely gain entry into buildings, these magnificent birds of prey are notorious for encroaching on lands where food is readily available.

For quite some time now, there have been frequent interactions between humans and Canada geese due to their ability to feed on various grains, aquatic vegetation, and grass shoots. Interestingly, these water fowls can be found in numerous habitats. To this end, they have risen to become quite the global pest species. Canada geese enjoy grazing and nesting near humans, however, they do not typically enter homes. As a result of population growth, geese have tendencies to cause damage to various vegetation, gardens, landscapes, and crops.

Gulls are commonly found around areas that are close to water. They prefer breeding, feeding, and nesting in areas along the coasts. Although these seabirds are commonly associated with water (sea), their population can also spread inland, especially in places close to rivers and lakes. Gulls may enter areas of human habitations and even nest on rooftops particularly when searching for new sources of food. They are easily attracted to areas where food is obtainable such as garbage collections.

Swallows are typically known to construct their nests in rock crevices, caves, on mountainsides and cliff faces in the wild. However, these migratory birds are also known to make buildings and other man-made structures such as bridges their natural habitats. Though they do not harm people directly, they can cause significant damage to lives and property with their nests. When in large numbers they can pose serious health hazards. The Swallow Bug is a pest that is commonly associated with these birds.

The Alliance Bird Division can protect your home and buildings from all pest birds. Learn more about our New Jersey bird control options.