Termites are insects. They are grouped in nests and feed on the cellulose contained in the wood. With enormous perseverance and efficiency, they pierce their objective – a tree, for example – until they leave it hollow and dead, although outwardly it seems that it is still alive. They know how to infiltrate with great discretion. They can devour a complete beam through even the concrete, without being noticed until it falls. An organization, perfectly hierarchical and divided into castes, helps them in their ends. 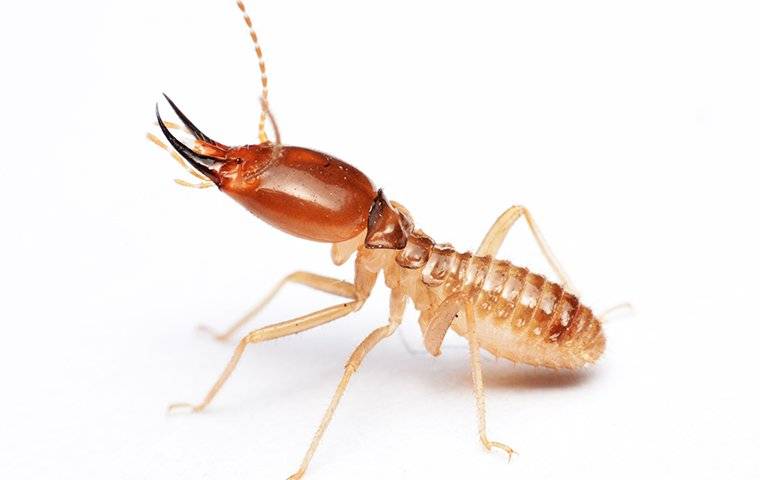 Those who really live well are, of course, the bosses: the queens and the kings, as the scientists have called them. They are the only ones who take pleasure in the task of reproducing themselves and do not do another task for the community. The worker termites do all the work. They build and maintain the nest and the tunnels, they also clean them. They eat for themselves and for others. As they are the only ones that can digest the food, they pass it on to the other castes: the kings and the soldiers. They also take care of them and even groom them. Most are blind. The poor have a little sclerotic body, little hard. And that counts in the species. Because that of soldiers is sclerotized. And a lot. In particular, it's huge head. They possess powerful jaws to bite the enemy or repel him with jets of a vicious and toxic secretion.

There are 3,000 varieties of termites that are known. The same as there are a million described categories of insects, a species to which the termites belong, and which is the most biologically successful of the earth; but scientists estimate that there could be up to 30 million more still unidentified.

Termites are known as "white ants" because of their great resemblance to another similar insect, but termites are not a type of ants. They belong to different orders. The termites belong to the order of Isoptera and the ants belong to the Hymenoptera.

The termite's measure between 6 and 12 mm and their bodies are white, except in the case of "winged termites."

The termite queen lays several thousand eggs a day. There is usually a queen per termite colony, although there may be a second and in any case a series of asexual individuals capable of becoming new queens, if necessary. The termite mound can consist of several million individuals.

The "winged termites" are the groups of individuals that fly out of the termite nest. They do it all at the same time, so they are easy to identify when suddenly you find a large number of "flying ants" inside the house. These are the individuals in charge of the creation of new termite mounds.

The main species of termites inhabit underground tunnels, the Reticulitermes Lucífugus. In any case, it is not essential to detect the specific species since the habits of all species are similar and the form of their control identical.

Operation Of The Termite Mound

This article is based on the underground Termite Reticulitermes Lucifugus, the most common termite in the world.

Operation Of The Colony

The workers feed the entire population mouth, generating a general exchange of fluids, which, as if it were a genetic map, allows the Queen to know what the population's needs are regarding the type of individuals needed and will proceed to produce a greater number of those necessary individuals.