Although one bat in their house is enough for most people, a family of five bats is really intimidating. However, they are living creatures, and deserve to be evicted humanely without the use of pesticides. Since human safety is important too for bat removal services in NJ, the use of chemical sprays should only be used in rare circumstances.

To some people, they aren’t the cutest animals in the world, but bats aren’t pests. It’s interesting to note that they are important to the environment because they eat insects. Which reduces the need for pesticides. A reputable bat removal service knows this.

In New Jersey, a bat removal service deals with two common bat types that get into the homes of residents and sometimes scare the heck out of them. 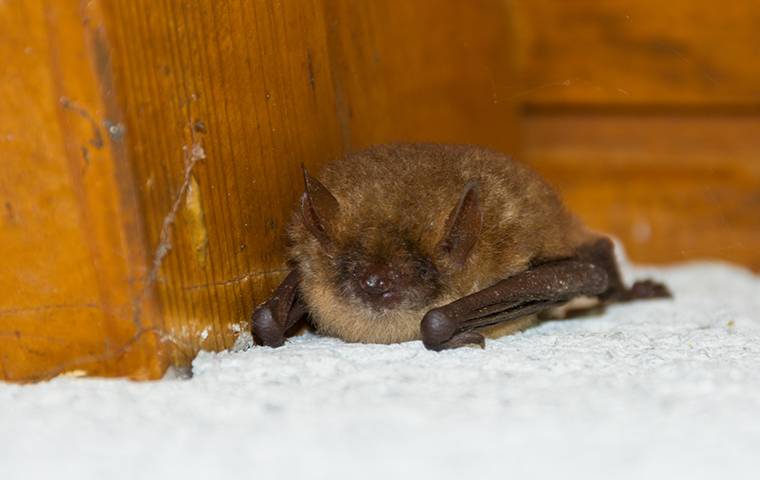 The most common bats found in the New Jersey area are the Little Brown bat and the Big Brown bat. Although biologically they say you can tell the difference between the two by the number of occipital rings found in their ears. As a bat removal service, we can tell you that the easiest way to decipher them is by their poop size.

Homeowners aren’t the only ones who have to deal with these lovely little creatures. Bats don’t discriminate. Usually, any place that’s warm and dark will do. Bat removal services get called to many different establishments, such as food service facilities, health care facilities, industrial and commercial facilities, just to name a few.

Where the bats make their home depends on the weather and biological conditions. However, sometimes, bats accidentally fly into a building. As a bat removal service in New Jersey, we’ve come across a variety of situations.

The housing needs of a Bat is broken down into three categories, and we’ll use the female bats as an example because they’re the ones who rear the babies:

Winter: Bats hibernate for the winter so ideally, they travel to find caves or old mine shafts. But often they end up roosting in a wall void or an attic.  The female bats are pregnant while they hibernate.

Spring: If you suspect bats are in your attic during the spring or summer, it’s more than likely being used as a nursery.

Summer: By the end of summer, the baby bats can fend for themselves. Then mating season begins.

Bats may seem intimidating, but they actually aren’t. If you think you may have bats in your attic, call a bat removal service in NJ, like ours - don’t try to do it yourself. We can also give you tips on bat-proofing your house. Contact us today!