Bat bugs are primarily located in any location that houses a large number of bats. They are an insect parasites that feeds upon the blood of bats for sustenance. The name "bat bug" is typically applied to insects who are a member of the Cimicidae family. 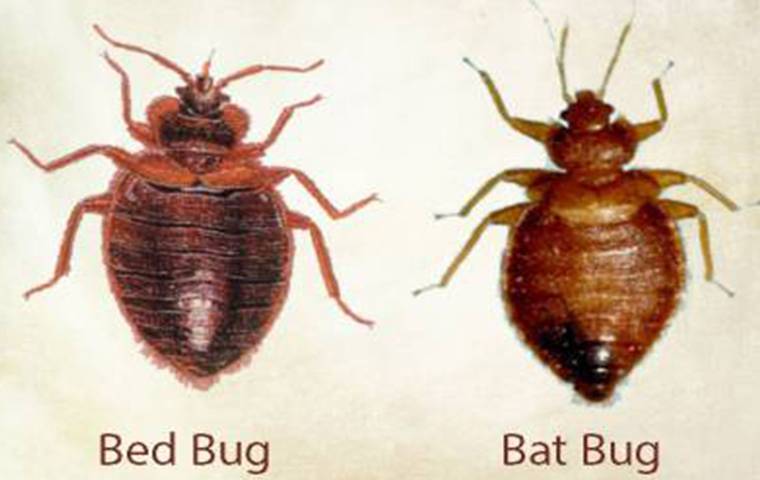 They are also close relatives of the bed bug and are typically mistaken for them as a result. Unless you possess the ability to examine for these bugs microscopically, they tend to elude the naked eye. Bat bugs have also been known to attack humans when the opportunity presents itself.

The appearance of the bat bug is a reddish coloration. They are oval shaped, tiny bugs that have a flatter shape if they have not fed on a host recently. Their coloration becomes darker following a feeding and their bodies take on a more plump, robust appearance. The bat bugs' mouth parts are used for piercing and sucking and look much like a beak.

Habits of the Bat Bug

Any region of the world with a healthy population of bats also possesses a large number of bat bugs. While they will feed on any common bat that they able to latch onto, they are particularly problematic for the brown bat, both small and large. Should a bat bug be unable to locate a suitable bat host, they can resort to other birds and rodents to sustain their life cycle.

If the bat bug experiences a scarcity of primary hosts, they will begin to attack humans. They are usually find in areas that are dark and well protected. Spaces that are narrow and tight also appeal to bat bugs who are in search of a host. In any area where bats roost, bat bugs tend to be found within the cracks and crevices. While they do not spend all of their time with their hosts, they will return back to them when they are in need of a meal.

A fully grown bat bug is able to survive for at least a year without receiving a meal from a blood host, if their environment is temperate enough. However, a fully grown female will need a blood meal in order to produce eggs. When it is time for a female to lay her eggs, she will choose a secluded area, one that is also a rough surface full of cracks for the mother to hide her babies.

Within one or two weeks of being hatched, the eggs hatch and bat bug nymphs are able to begin the feeding cycle immediately. Nymphs need to acquire blood meals quickly in order to properly develop and unless young nymphs feed, they remain colorless. Once the bug reaches a full level of maturity, their exoskeleton becomes much darker.

The primary method for bat bug travel is to hitch a ride with their bat hosts and a result, they will often find their way into the homes of unsuspecting humans. Attics, chimneys, walls, and areas of the house that do not receive high amounts of foot traffic are also highly susceptible to bat bug outbreaks.

There are a number of potential issues that can be caused by the presence of bat bugs and their bites are incredibly harmful to human skin. Even though the bite of a bat bug may not be as immediately painful to the human host as expected, the resulting allergic reaction can be.

Most commonly, a human who has been bitten by a bat bug experiences welts, lumps and itchiness. If the welt is colorless, this is a sign of bat bugs, as typical mosquito welts have a center that is red in coloration.

In many cases, the welts will be arranged within close proximity to one another and appear in groups of two or three. Excessive scratching of bites leads to infections and discomfort may persist for at least one week, or possibly two.

Measures for Control and Eradication

Bats are not always able to be control immediately, due to wildlife regulations and other associated legalities. Before attempting to remove bats from an area, it is best to contact a local bat control professional.

Ridding a home of bat bugs can be complicated, since it requires not only the removal of the bat bugs, but also their hosts. Unless the hosts have been eradicated completely, the bat bugs will continue to return.

There is no set one approach to removing bat bugs from a domicile and it requires an integrated method that applies several different techniques. Sanitation must be addressed, as well as chemical application to problem areas.

Prevention works wonders for safeguarding the home from the onset of bats and bat bugs. Waterproofing the home helps immensely, as does applying caulk to any crevices and cracks within the floor that serve as natural hiding places for bat bugs.

Once the bat bugs have been removed from an area of the home, the nesting place must be treated with insecticide and it is preferable for a pest control professional to be called in during this time period, so that they can identify areas where the bat bugs have nested in the past and areas of the domicile that are particularly susceptible to outbreak.

While a bat bug outbreak can be problematic, having the proper knowledge about these miniature menaces will give you a handy guide on how to avoid future problems and remove them from your home once an outbreak has been spotted!

Alliance Pest Services has complete bat removal and pest control services to solve all of your pest problems.