A member of the scientific order Hymenoptera, bees are winged insects found throughout the world. With more than 20,000 recorded bee species, bees range in size from less than 2 mm to 3.9 cm long. The coloring of a bee is usually either black or brown with yellow, red, or lustrous blue stripes. Bees can be solitary or social depending on the species. 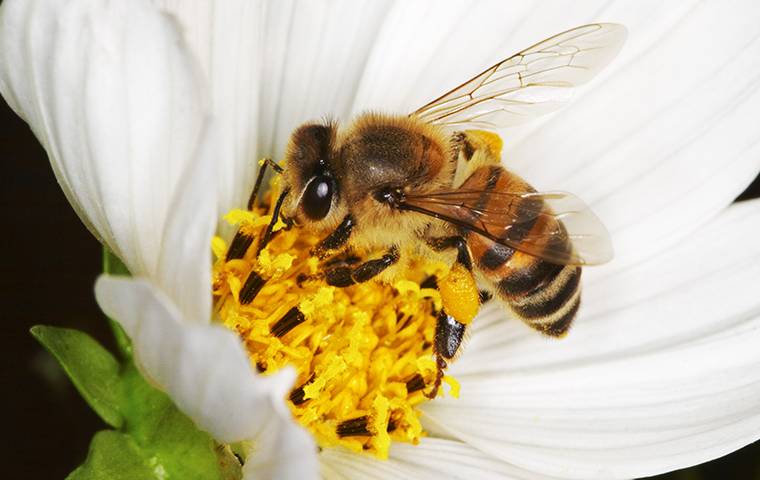 There are three castes in a bee colony: male drones, infertile female worker bees, and the queen bee. The queen bee will mate and lay eggs during her entire lifespan. The lifespan for honey bee queens is up to five years, but most queens will only live two to three years. The sole task of a male drone is to fertilize the queen; once accomplished, the male drone will die. Female worker bees, on the other hand, perform several important tasks necessary for the colony’s survival. The female worker bee labors so intently that their average life span is only a mere six weeks.

There is no insect more vital to pollination than the bee, and they are often attracted to flourishing vegetation and flowers. A crucial trait for pollen collection is a bee’s hairy exterior. All bees use a tongue-like organ to sip nectar for energy, but only female bees can transfer pollen. Both larval and adult bees consume pollen for sustenance. Pollen contains protein and other nutrients necessary for a bee’s survival. Using a special organ, honey bees convert nectar into honey which they then collect inside the colony.